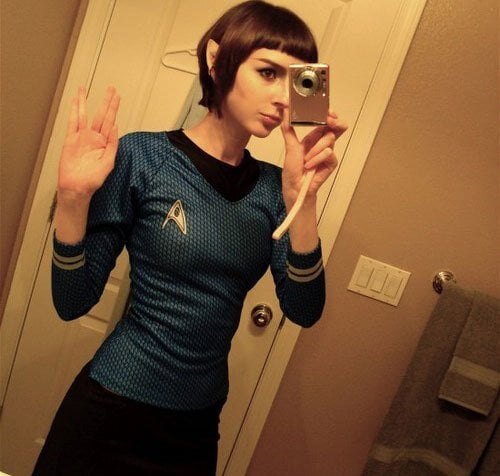 The Geek Chic Appeal et Moi: A Really Weak, Almost Definitely Invalid Theory and Creepy Love Letter [brought to you by self-loathing and a few too many of these.]

<editorsnote> Nerds, meet Kevin. I found him on craigslist, kinda like how I found that half eaten bag of pretzels, and last Friday’s booty call. Casual encounters, FTW! He’s hilarious, and smart … and little elves dance in his footprints as he walks. For the record, I’ve made two of those facts up. </editorsnote>

The notion that nerdy is the new sexy has been settling in quite nicely in recent times. The idea that women can put their smarts and geekery on full display without compromising their femininity or feminine appeal is one that came into vogue around the mid to late 90’s and thanks to Hollywood has since been quickly cemented as a fixture in modern (and progressive areas of) society. And once this ‘hot geek’ idea had been established as “not a mirage” and wasn’t going to vanish if geeky dudes sneezed or startled it, it was like some kind of door opened and the aforementioned geeky dudes’ imaginations took said idea and ran with it *so hard*.

To them, like a bunch of stoned teenagers in a 7-11 giddy with munchielust and rushing to try every combination of ingestible items in numerous attempts to synthesize delicious flavors and textures each greater than the sum of its parts, the qualifiers “Nerdy” and “Geeky” became a sort of social Sriracha sauce and bacon respectively – good on nearly anything you added them to, and added to nearly everything they were. 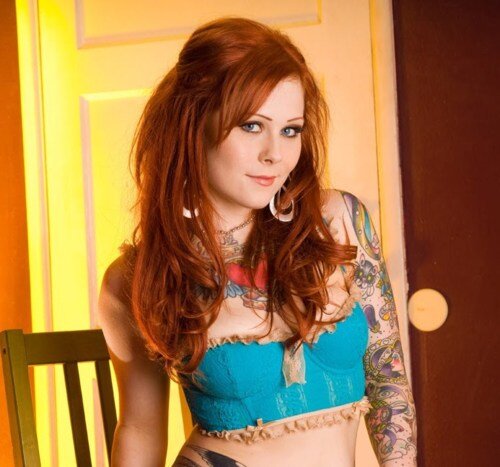 But I think for hopelessly geeky dudes (such as moi), shacking up with a geeky girl may not just be awesome, as geeky girls inherently hold enormous appeal – OH SHEEEIT HERE COMES THE HYPOTHESIS – but on some level it may even be *necessary*. I’ll get to that in a bit. 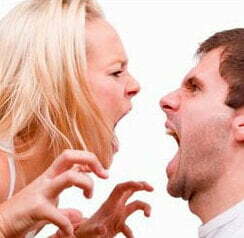 Any relationship psychologist worth their salt will tell you the axiom that ‘Opposites Attract’ is statistically utter horseshit. ‘Similarity’ is one of the big 4 tenets of interpersonal attraction and, by extension, also relationship satisfaction — to clarify, ‘similarity’ isn’t referring to interests, or even necessarily personality type (in fact, ‘complementary’ different personality types work just fine), but to *attitudes* – defined as mental constructs that basically affect how you view (especially in terms of positives/negatives) and navigate the world, influencing you on emotional, behavioral, and cognitive levels. If his *interests* include football but hers doesn’t, it probably won’t be an issue — if his *attitudes* towards religion and right-wing politics border on outright mockery and she’s a pretty devout Catholic as well as Tea-Party Republican, even ignoring the mystery of them getting past Date #2, that’s bound to generate more than a little über-friction on a much deeper level.

In perhaps overly simplistic terms, think of it this way: your interests are what you like and what you enjoy; your attitudes are kind of who you are and what you believe.

[Note: Fortunately for people with arguably shitty or unacceptable attitudes (or those that have to put up with them), “attitudes” can and often do change, usually through experience – unlike “personality” which tends to be more stable and enduring.]

Setting that aside for a moment, let’s talk about geeks specifically. Both generally and in the context of the nerd/dork/geek/dweeb venn diagram, “geeks” are characterized by an unusually intense, borderline obsessive interest in their subject matter(s) of choice. And here’s where I’m going with this: 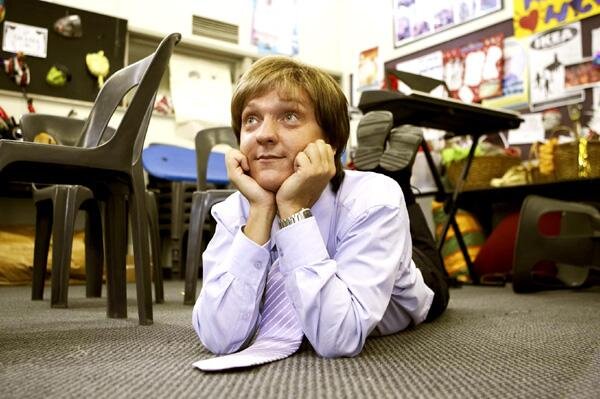 Geeks love shit *so hard* and with such passion, devotion, and intensity that their interests are *actually elevated* from simply ‘what they like’ to that attitudinal ‘who they are’. Real Star Wars/Trek geeks identify themselves as such with religious zeal. The debates about the superiority of Halo vs. Modern Warfare (for example) get at *least* as ugly and heated as the most intense political squabbles. Many people treat new social media as a forum to grace the world with profound little pooplets like “I ate a cookie it was good lol,” but to the geeks that have recognized its potential power and sheer scope, it’s a way of life.

For many super geeks, their interests *are* their attitudes – and in conjunction with what we now know about the dangers of combining peepz with conflicting attitudes [while effectively erasing the whole “don’t worry if interests aren’t shared” clause of ‘similarity’] you can imagine how if this is true, it might create one HUGE obstacle to übergeeks trying to cultivate a happy, long-term relationship outside the…er…geekdom, no matter how attractive, witty, or otherwise generally badass said übergeek may be. I mean – if it’s just a torrid fling, hell, all that shit is kind of moot; geek dude can have a lurid weekend with a ridiculously hot (un-ironic) Jersey Shore devotee without consequence as long as no one’s deluding themselves into thinking there’s a solid, substantive future. But for the long haul, my money is that the only maple to that übergeek’s bacon is another geek.

But I mean, hey – is being boxed into getting with a geek or nerd so bad? Like I said in the beginning, nerdy *is* the new sexy after all…

What I’m creepily stating, lovely geekettes (in an attempt to write off my glaring neuroses-related flaws that make dating nearly impossible and blame it on my geekiness) is that personally, you are the apple of my eye, but also THE OXYGEN OF MY LUNGS. 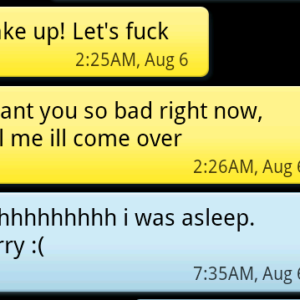 #NerdsUnite: ‘Scuse please, my orgasm is waiting (Fornication Under Consent of the King Rules)

#NerdsUnite: ‘Scuse please, my orgasm is waiting (Fornication Under Consent of the King Rules)