Alrite, so Valentines day is around the corner. No literally, it snuck in when you went to the groccery store. That little bastard, go squash it or set it free outside. Totally creeps me out. ECCKK!!

In lieu of having a Valentine this year … 26 years in a row … YESSSSSS!! I’ve been catching up on my chick flicks. Among them, one of my all time favs, City of Angels. I adore adore adore this movie. I’m not down with the whole Lifetime, Hallmark BS. Dude, the day you catch me with a Lifetime flick on is the day you are officially allowed to put a gun to my head. (OTOH, I totally did make out with Jace from She Fought Alone, and Love’s Deadly Triangle: The Texas Cadet Murder. David Lipper … super yummy, and super awesome kisser. rawr! Very intense eyes. We dated for a hot minute back in 2007. Unfortunately we never boned. First base, might have stolen second once, I can’t remember.)

I digress … back to City of Angels … the ending always confused me. If you haven’t seen the flick, look away or something cause there are going to be loads of spoilers, and I’m not going to do anything to stop it – so NAH!

I clearly know she dies, yay! But he just goes into the ocean, and then this big “For Dawn” shows up on the screen after. It was just weird … a weird weird weird ending. I found this review though from 2003, and it all just sort of clicked. Read:

Per this site: Ah, that ending. The conclusion of City of Angels actually raises it to another level. It was a shockingly ballsy move on the part of the filmmakers to kill off “America’s Sweetheart” and to deprive the audience of a happy ending, but it gives the film a much greater level of meaning and impact than otherwise would have occurred. To be sure, a happy ending in which Seth and Maggie ride off into the sunset together wouldn’t necessarily have been a bad thing; City of Angels would still have been a pleasant diversion.

However, the death of Maggie really added to the film’s overall message of the joy to be found in the human condition. The movie tries to be thoughtful and philosophical as Maggie gradually opens herself to the possibility that worlds exist beyond our senses, but this basically amounts to the cheap, dimestore philosophy found in movies like Contact. The ending, in which Seth expresses that even though his transformation seemed all for naught since the object of his passions was gone, dramatically illustrates to the audience the beauty and meaning that can be found in everyday life. The film tells us to value every moment and every experience because they may not last.

Thankfully, the filmmakers demonstrate a fair amount of restraint while positing its ideas. Once again, Cage deserves much of the credit for keeping the movie from sinking into a sea of cheap sentiment. While fierce with rage over the bum deal he received, he nonetheless brims with determination that he made the right decision, that one touch of Maggie’s hair beat the extraordinary powers he possessed as an angel. He made a tremendous sacrifice to be with her, and he has no regrets, for one blissful moment with her certainly overruled the eternity of yearning he otherwise would have felt.

I normally genuinely dislike films that attempt these kinds of uplifting endings; heck, Se7en is my favorite film of the 1990s, so what does that tell you about my tastes? But City of Angels kind of has its cake and eats it, too. It offers a very uncommercial ending by killing a beloved main character, but it also manages to leave the audience with a positive feeling. The filmmakers and actors composed their tale with such subtlety that it all works effectively and memorably. Usually when I think something’s dull, I don’t change my mind at a later date, but further review of City of Angels showed that the film’s apparent lifelessness actually enclosed some quietly powerful moments.

Alrite. So in the end, since the beach was kinda like his home anyway, since that is where he heard the music in the sunrise … he also just wanted to experience the feeling of swimming in the ocean as well? It was supposed to be very Zen like? Enjoy the moment, live in the now, and above every thing else indulge the senses at all time? Is that right? I dig it. I still find it odd though. Not that I wanted to see them go off into the sunrise or anything, I still found it weird the way it was done. Que sera, sera.

… and for my favorite part about life? The music. My life has a REALLY RAD soundtrack!! Whoop whoop! 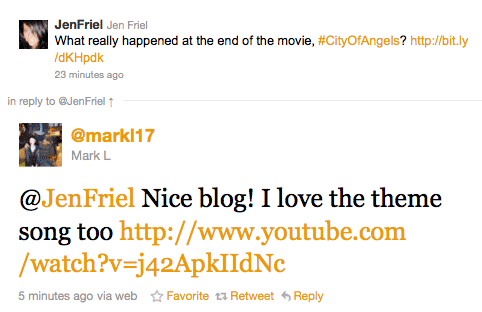 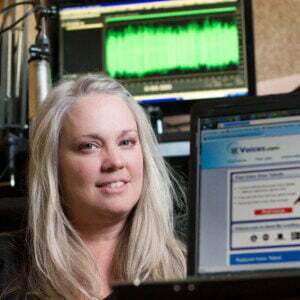 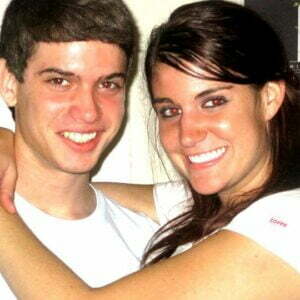