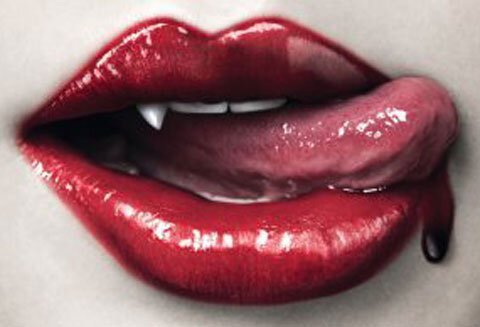 Spoiler alert! I will be talking about Season 3, Episode 10.

Talk about another intense episode of True Blood. Season 3 just keeps throwing me for a loop. Let’s see what happened in this week’s episode.

We finally figure out what Sookie is, but a fairy? I mean, she has cool powers and what not, but I don’t know how I feel about that. Her relationship with Bill has been changing dramatically. If you remember back to the end of Season 2, she was ready to marry him. Now, she doesn’t even trust him. Her relationship with Eric has become quite interesting as well.

We saw that passionate kiss that Eric shared with Sookie. The question is, does he really care for her? Why does he end up abducting her at the end of the episode? I think he might be acting for the greater good (or at least that’s what is being hinted at), but that almost seems out of character for Eric. I’m sure it will all make sense when we are able to see the big picture.

Talking about kisses, Tara and Jason had an intimate moment. In episode 9, Jason saved Tara from Franklin which seems to have reignited Tara’s feelings towards Jason. How does Jason react to the kiss? By telling Tara that he shot Eggs. Way to be sensitive dude. Later on in the episode, Jason finds a jaguar in his house. No not the car, the freaky deeky cat. And who does that happen to be? None other than his love interest, Crystal. Now, when she argues with her father, it is hinted that they aren’t shifters. The question is… what are they? And how do they know so much about everyone else?

Oh boy… Sam Merlot. We’ve all this time from season 1 feeling sorry for Sam. He’s the nice guy, the boss, and the one that always has good intentions. Of course, that was too good to be true. We see a much darker past that was to be expected. Everyone has skeletons in the closet, but this was crazy. Not only was Sam a jewel thief, but a murderer to boot. His love interest and partner sold him out and stole his “catch.” Sam find them in the woods and one things leads to another, he ends up killing them both. Killing his love interest could have been considered an accident, but the man she was with… Sam executed him. This tooooootally changes Sam’s character. This makes him the biggest hypocrite ever. Let’s see where this goes.

How about the Lafayette and Jesus acid trip? We find out some interesting back story on both characters’ family trees. Witchcraft, sorcery, voodoo… whatever you want to call it. There were some crazy things going on. Somehow I feel that all this back story is irrelevant because I feel that Jesus is going to get killed off. That’s right, I’m saying it now. I could be wrong, but who knows? Seeing as True Blood is based on a series of books, Lafayette shouldn’t even be alive. He dies in the first book! So, really, anything is possible.

Russell appears to be just as crazy as ever. The homage to Talbot was interesting as long as “interesting” means sick and twisted. I’m very curious to see how Russell is going to be stopped. It appears Eric has a plan to use Sookie against Russell without turning her over to him. Hmmm, guess we’ll have to wait and find out what happens next week!

P.S. I’m happy that Hoyt and Jessica are together. And Tommy is a douche. Then again, it’s because of him that she admitted to being in love with Hoyt. 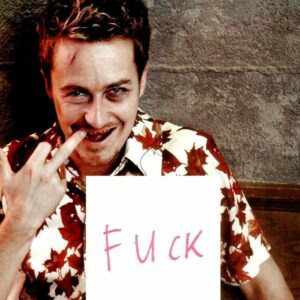