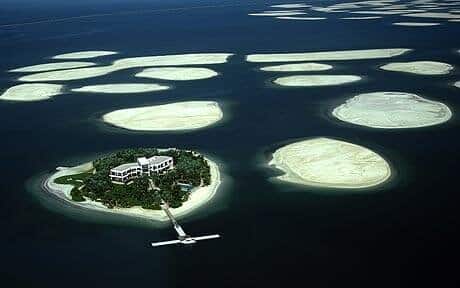 DUDE! Between this, and all the shenanigans going on with the dead birds … if the end isn’t near then my name isn’t Hilda.

Per Telegraph: The islands were intended as the ultimate luxury possession, even for Dubai.

But the World, the ambitiously-constructed archipelago of islands shaped like the countries of the globe, is sinking back into the sea, according to evidence cited before a property tribunal.

The islands were intended to be developed with tailor-made hotel complexes and luxury villas, and sold to millionaires. They are off the coast of Dubai and accessible by yacht or motor boat.

Now their sands are eroding and the navigational channels between them are silting up, the British lawyer for a company bringing a case against the state-run developer, Nakheel, has told judges.

“The islands are gradually falling back into the sea,” Richard Wilmot-Smith QC, for Penguin Marine, said. The evidence showed “erosion and deterioration of The World islands”, he added.

With all but one of the islands still uninhabited – Greenland – and that one a showpiece owned by the ruler of Dubai, most of the development plans have been brought to a crashing halt by the financial crisis.

Nakheel, the developer, was part of Dubai World, the state-owned conglomerate that had to be bailed out of debts put at around $25 billion at the end of 2009. The Dubai World Tribunal was set up to hear cases arising out of the restructuring and separation of the companies involved.

The low-lying islands represent a vague shape out to sea when viewed from Dubai’s beaches, but are visible by satellite or from the top of the city’s Burg Khalifa, the world’s tallest building, which opened to the public last year.

According to the company, 70 per cent of the World’s 300 islands have been sold. Nakheel is also behind Dubai’s famous Palm-shaped offshore developments. Villas in the only one near completion, Palm Jumeirah, were given to or bought by footballers including David Beckham and Michael Owen.

Though few celebrity buyers were found for The World, it was rumoured – or joked – that Brad Pitt and Angeline Jolie had considered Ethiopia.

Many investors who did buy the islands proved unwilling or unable to finance further work when Dubai’s property prices halved in the space of a year.

Some were hit by troubles elsewhere – the owner of the company which bought Ireland for £24 million, John O’Dolan, committed suicide, while the man who bought Britain for £43 million, Safi Qurashi, is serving seven years in jail in Dubai after being accused of bouncing cheques.

The dispute being heard by the property tribunal involves Penguin Marine, the company which bought the rights to provide boat travel to the islands.

With little business, it is trying to exit the contract, which involves paying an annual fee of just under £1 million to Nakheel.

Nahkeel say they will cash an advanced payment guarantee worth just over £1 million if that happens.

Penguin claim that work on the islands has “effectively stopped”. Mr Wilmot-Smith described the project as “dead”.

Graham Lovett, for Nakheel, said the project was not dead but admitted it was “in a coma”.

He said Penguin would make money eventually. “That’s the price Penguin makes to stay in the game,” he said. “They have the potential to earn millions.”

The tribunal found for Nakheel on Thursday, saying it would give full reasoning later.

A spokesman for Nakheel insisted the islands were not sinking. “Our periodical monitoring survey over the past three years didn’t observe any substantial erosion that requires sand nourishment,” a statement said. 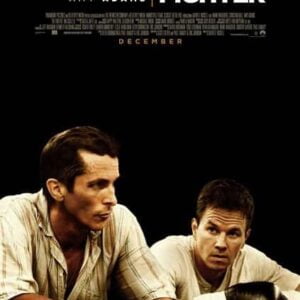 #Awesome: High on Crack Street- Watch the documentary “The Fighter” was based on!

#ActualChat: I don’t have to wonder why this guy is single …

#ActualChat: I don’t have to wonder why this guy is single …

#Awesome: High on Crack Street- Watch the documentary “The Fighter” was based on!