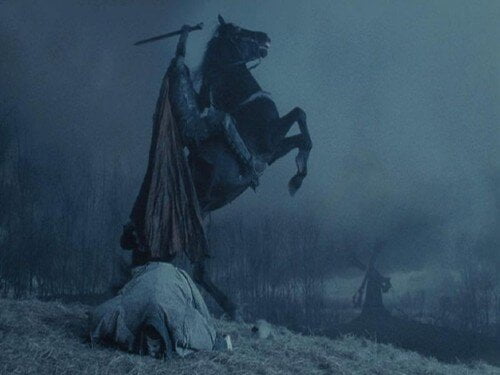 The Tale of the Headless Horseman: How horror movies have come full circle.

Horror movies have been around for as long as film itself. The genre of horror is the spine chilling adrenalin rush that movie junkies crave. Nosferatu: Phantom der Nacht made in 1979 was our first look at Dracula as a monster rather than man. It was also a movie that instilled fear throughout many a moviegoer when horror was in its baby stages. Movies like The Mummy, (1932) and The Wolfman, (1941) added to the list of classic horror films that set the stage for all modern day films of its kind.

It wasn’t unil 1973 when The Exorcist was made that moviegoers got a full idea of what a sinister filmmaker and writer was like. Directed by William Friedkin and written by William Peter Blatty the movie used the undying faith of Catholics to stur up fear. They took the idealogical idea of a body being possessed by the Devil and used it to produce a blockbuster hit. With a cast consisting of Ellen Burstyn, Linda Blair, Jason Miller, and Max Von Sydow each character exploded emotionally on the screen with a past that linked them all together in ways they could have never imagined. The Catholic church had always been very hush hush about exorcisms and made it very clear that the church did not support such acts unless found to be legitimate by a Priest. For Catholicism this movie was telling their secrets and it was holding nothing back. With scenes of the possessed child Regan’s head spinning completely around and using the cross to sexually abuse herself it was shock value at its best. Most recently the Exorcism of Emily Rose hit theaters and gave us what The Exorcist could not, special effects. Part of The Exorcists charm was its innocence, its inability to show everything made it even scarier. What you couldn’t see made you use your creativity to find the true picture and it made your skin crawl.

Wes Craven some would say is the Godfather of the horror genre. He practically created it and with very little interference was able to create figures, monsters that would forever haunt people throughout their lives. Whether it was his first movie The Last House on the Left which took real people and made them evil, showed us what could happen to good little girls if they don’t play by the rules. It was disturbing, haunting and more evil than any other monster he could have created. Nightmare on Elm Street was his swan song, his first blockbuster hit that engraved the face of Freddy Krueger as a household name. Wes blended the human psyche with the classic tale of the Boogey Man to produce a truly horrifying flick for its time. The vision of a horribly burned man coming to teens in their dreams and killing them was just the beginning of his legacy. Movies like The Serpent and the Rainbow, The People Under the Stairs, The Hills Have Eyes, and most recently the Scream Trilogy have catapulted Wes Craven to the top of the Masters of Horror.

John Carpenter’s movie Halloween invented the term “scream queen” by casting a young little known actress Jamie Lee Curtis. A man escapes a mental institution where he was placed for murdering his sister as a young boy and makes his way home to his town just in time for Halloween. Throughout the movie he stalks teenagers and eventually finds his way to Jamie Lee Curtis’s character Laurie Strode. It made every babysitter everywhere scared to be with children alone. Halloween gave true meaning to the night of Halloween by scaring us half to death. Although Carpenter went on to make the rest of the Halloween series none was as scary as the original. Carpenter is also known for his other movies Escape From LA, Big Trouble in Little China, The Fog, and The Life of David Gale.

Night of the Living Dead is one of my all time favorite horror movies. In black and white and made in 1968 by George A. Romero is the quintessential horror movie. With nothing but make-up, eerie farm locations, and lighting tricks the movie has created fear in all those who have watched. The idea of the dead coming back to life to eat the living and turn them into walking zombies is perfection at its best. Judith O’Dea who plays a young Barbara trusted into this mess after she visits her father’s grave with her brother Johnny finds herself at the forefront of a fight between the living and the dead. Known as the unlikely hero, Ben played by Duane Jones is paired with Barbara held up in a house on a farm where they are swarmed with hundreds of zombies and have to fight to keep alive until day breaks. It’s a simple movie with a simple concept that works well because of that. George Romero uses black and white photography to create a feeling of helplessness and this also accentuates the make-up used on the zombies he can use a little and allow lighting to do the rest. He is so well respected that movies have followed to try and recreate the magic he made with Night of the Living Dead, Return of the Living Dead, and later with Dawn of the Dead for which a remake was made. His latest movie in this series was Land of the Dead in which the future holds a very bleak one for those who remain alive and well. Confined to an island where the rich have all the supplies and the poor suffer in the streets it was more than just a horror movie, George was taking a political stand and he used his zombies to make his point.

Throughout the years the genre of horror has expressed itself through monsters, demons, and evil beings all to convey a greater message. Metaphors are often used in horror to symbolize a monster to mirror a real life figure whether it’s politically or in the media. With the introduction of various new technologies special effects have morphed into what we now know was the Aliens syndrome. Special effects are so advance that computers can recreate entire cities, towns, and worlds in a matter of a few million pixels. It’s thrown us into the 21st century with such a rush that the movies are more lifelike than ever. The horror genre has started delving into turning video games into movies as with the example of Silent Hill. Also turning to the Japanese to take their thirst for the disturbing and bring it to American movie theaters with films like The Grudge and The Ring or Ringu in Japanese. Now horror movies can be taken further in how lifelike the characters are and how hideous or evil the plotlines can be.

Today you can find conventions and awards shows where horror movie fans can celebrate their genre and finally be taken seriously for the product they put out. Meeting your favorite monster or voting for your favorite gory scene has no become commonplace. Collectible figures of the old time horror monsters and original movie posters can pay a pretty penny if kept in perfect condition.

In years to come horror will be a staple in the movie industry raking in millions of dollars in movie sales while going above and beyond planned sales on DVD. It’s a constantly growing genre and will continue to grow as technology and the world around us grows. 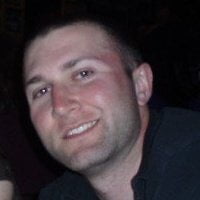