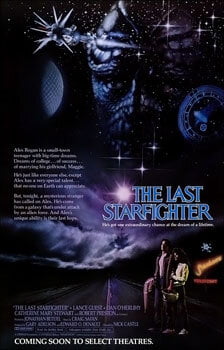 For those of you “Talk Nerdy To Me Lover” nerds who were raised during the 80’s and remembers leg warmers, Cabbage Patch dolls, Rubik’s Cubes, Atari games, Wendy’s commercial slogan, “Where’s The Beef?”, and Rick Springfield’s song, “Jesse’s Girl”…  you’ll probably also remember the cinema classic, “The Last Starfighter”.

I was digging through some boxes in the garage today, clearing out some junk to give away to the thrift store in the near future.  I was amazed to discover my old VHS copy of “The Last Starfighter”.  I was so excited (feeling like I found money on the street), I tossed the video into my VCR (yes, I know… I’m probably the last person in the world who STILL uses one) and prepared to relax in front of the TV.  When it was finished, I had childhood memories flooding through my head (funny how your favorite movies can do that).

For those who don’t remember this movie or haven’t even seen it before, let me give you a bit of a cinema history lesson…

“The Last Starfighter” is about “Alex Rogan” (played by actor, Lance Guest), a teenager who is about to graduate high school and is excited to go to a great college to make a mark in the world.  Unfortunately, Alex is turned down for a financial loan to go to the college of his choice.  He fears that his destiny is to be forever stuck in the isolated “Starlight, Star-Bright” trailer park with his mother, little brother, girlfriend and the rest of the trailer park locals.  When Alex gets the high score on the “Starfighter” shooting video game (that’s stratigically placed in the trailer park), he is soon paid a visit by a strange con-man alien (disguised in human form), “Centauri” (played by the late actor, Robert Preston), who wants to recruit him for an intergalactic war. 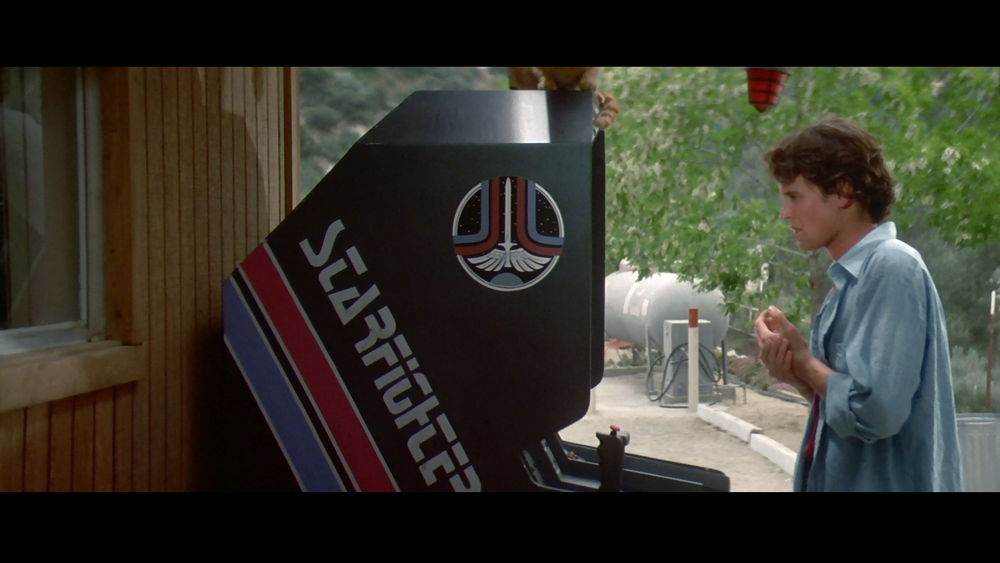 Before Alex knows what’s going on, he is whisked away against his will in Centauri’s “Star Car” (which transforms into a minature spaceship) and finds himself on the planet, “Rylos” (in another star system), at Star League Command.  There, he meets the rest of the Star League recruits (a mixture of bizarre alien species), including “Grig” (an alien humanoid reptile Navigator), who wish to defend the galaxies against the evil “Xur & The Ko-Dan Empire”.  Alex discovers that the “Starfighter” video game was, in fact, a test devised to find those with “the gift” (the ability for violence — that behavior having been purged from the majority of the Star League races).

Once back on Earth and inside his bedroom, Alex discovers that a “Beta” synthezoid (a doppelganger-robot looking exactly like Alex) sleeping in his bed.  Beta was left in his place so Alex’s family and friends wouldn’t notice him missing while he was away.  Storming outside, furious, Alex begins “clicking” an alien communication device that Centauri had given him (just in case of emergencies).  Alex and Beta find themselves under attack by an alien “Zan-Do-Zan” assassin.  Centauri arrives and kills the Zan-Do-Zan beast in a laser shootout.  Alex realizes that he has no choice but to go back to Rylos.  Traveling back in the “Star Car”, Alex discovers Centauri had been shot in his earlier shootout.  Once back at Star League Command, Alex sees that the base is in ruins and that Centauri has died from his wounds.

With nobody else to save Rylos from invasion, Alex and Grig jump into their “Gun Star” warship and race to intercept The Ko-Dan Armada.  To make a long story short… Alex and Grig saves Rylos from destruction — Alex is offered a job to help rebuild the Star League — Alex and Grig goes to Earth to pick up his girlfriend, “Maggie” (played by actress, Catherine Mary Stewart), and they fly away into outer space, to live happily ever after. 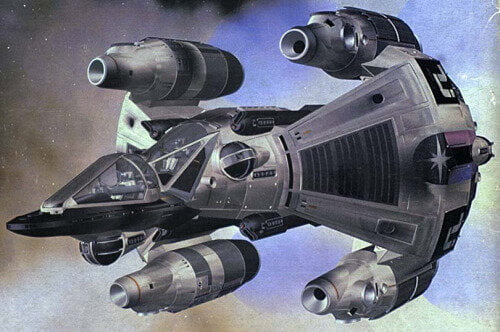 Ever since I first saw “The Last Starfighter”, I’ve been hoping that some filmmaker would make a sequel to this movie.  I don’t know why, but this movie just makes me smile.  Maybe it’s the humor, warmth and adventurous spirit it has.  Or maybe it’s the uplifting heroic musical score that makes me want to root for the good guys.  Or maybe it’s the message about “never giving up on your dreams” that makes the back of my neck tingle.  Whatever it is, it’s a special movie that has garnered a cult following around the world. 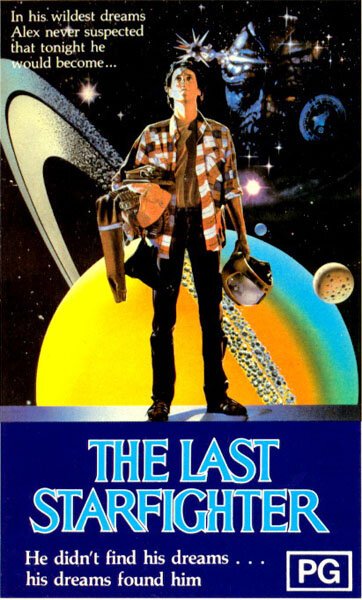 Sure, the Special F/X looks ridiculously low-budget and cheesey now-a-days (especially when you compare it to the ones that were used for James Cameron’s “Avatar”), but in 1984, it was considered groundbreaking and state-of-the-art.  Made on a production budget of $15 Million, it made mediocre earnings of $29 Million at the Box Office (not good, but not bad either).

I did some Googling and discovered from IMDB.COM (and other sources) that “they” (George Paige & Associates and Relativity Media producing… with Universal Pictures and Warner Brothers distributing) are in fact making a sequel, simply called “Starfighter” (I sure hope that this isn’t some cruel joke of a rumor).   Lance Guest (actor), Jonathan Betuel (writer) and, Nick Castle (director), from the first film… are all on board.  In the sequel, Xur & the Ko-Dan Empire attempts to get revenge… by attacking Earth.  There’s also a rumor that there’s a sub-plot involving his “son” (which would be very cool).  According to IMDB.COM, the sequel is currently “in-production” and is scheduled to be released sometime in 2010.  I, for one, CAN’T wait (I’m all “giddy” inside).  I just hope they’re giving the sequel a decent production budget to work with.

If you ever have a free weekend, go rent a copy of “The Last Starfighter” on DVD, throw up your feet on the coffee table (with a bowl of buttered popcorn on your lap), and enjoy something special.  It’s a sci-fi adventure that will definitely leave you smiling. 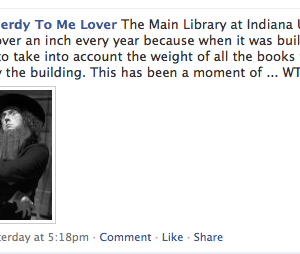 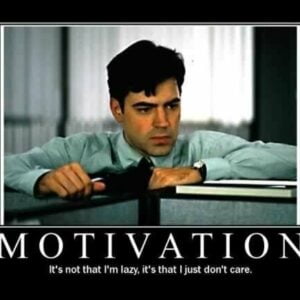 Looks like somebody’s got a case of the mondays …

Looks like somebody’s got a case of the mondays …