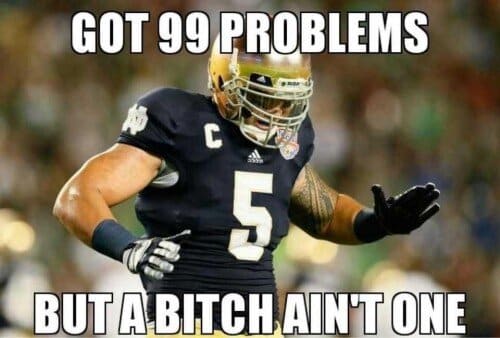 The story, which was one of the most inspirational to come out of college football in quite some time, captured national attention as it was revealed in Sports Illustrated that in a span of just six hours that Manti had lost both his grandmother and his girlfriend.

Yesterday, deadspin exposed, that the entire thing was a hoax.

Alrite, has everyone had a good laugh?

Did you all get it out of your system?

Stories like this make for good shows, and entertaining tabloid TV but for the person that this happened to, it is EXTREMELY embarrassing.

As you all know, I had my own “Catfish” story back in 2007 (read the initial post here, his response here, and the most recent update here). I remember hitting publish on the story back in 2010 when everything went down and I was VISIBLY shaking. There is so much shame around something like this. You can sit there objectively and say, how can someone be so stupid, or how could ANYONE believe a story like that?

The fact of the matter is, these “catfishes” pull at the heartstrings of very naive people. It starts off COMPLETELY innocent, but they are very very very good at what they do and the manipulation they are able to execute.

The people that fall for this genuinely do see the good in people, and because of life’s reflective nature how could they even comprehend pulling off a sophisticated stunt like that?

I am an extremely, extremely logical person and even I defended my own Catfish for a year with my friends.

(Mine was pre the online dating boom, so even meeting someone from online in general was SUPER creepy.)

I would lie over and over saying that oh yeah, we briefly met at this party but nothing happened.

Did I believe even through all the “sketchy” stories and “failed” attempts to meet IRL he was real?

It is an EXTREMELY shameful experience. I cannot stress that enough.

Now, back to Manti, he’s going to be laughing all the way to the bank. There is NO DOUBT that he was deceived and I SERIOUSLY doubt he was in on it in ANY regard (as again the shame associated with this would make you want to BURY this as much as possible, not make it public fodder). We are all talking about him right now, which will not only increase his chances of getting into the NFL but also give him a greater chance of securing endorsements.

At the end of the day as well, it is highlighting a very serious issue in the online dating community, and I’m all for it. It’s unfortunate that he is going to be the poster child for “catfishing” for some time, but please let’s also remember the countless others that have also been deceived and may still be experiencing deep levels of shame.

How did I get over my “catfish” experience?

1) I wrote about it. It was one of the scariest and most liberating things I have ever done. If you’re going through something similar, just write about it. Put it in a journal, start a tumblr, heck even email me and I’ll post it JenFriel at Talknerdytomelover d c. Admitting that it happened is the first step.

2) Get back out there. Right after my Catfish and I ended, I put myself right back in the bar scene, and even wound up dating someone a few months later.

3) Do some soul searching and realize what part you played. Everything in life takes two to tango. There is no such thing as an “independent” experience since we are all so intertwined and all feeding off of each other’s energy at every given moment. Ask yourself, what in me attracted this situation? In my case, I was closed off emotionally. I had just gotten out of a relationship(and found out that my ex had also gotten the girl after me pregnant). I was extremely fragile, and I was prime for an experience like this. (Especially working online at the time in such a public manner.) Bottom line was that I had to figure my shit out. (damnit, curse jar.) I’m still a work in progress, but every day I am becoming more and more self aware.

Life is one big journey, nerderinos. Enjoy the ride!!! =) 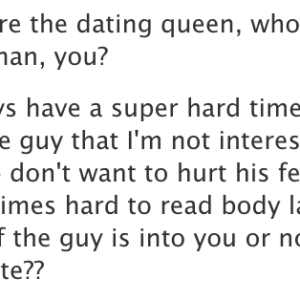 #NerdsUnite: Ask That Nerdy Chick (how do you know when to end a date?) 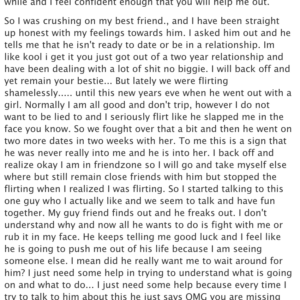 #NerdsUnite: Ask That Nerdy Chick (he’s just not that into me, now what?

#NerdsUnite: Ask That Nerdy Chick (he’s just not that into me, now what?

#NerdsUnite: Ask That Nerdy Chick (how do you know when to end a date?) 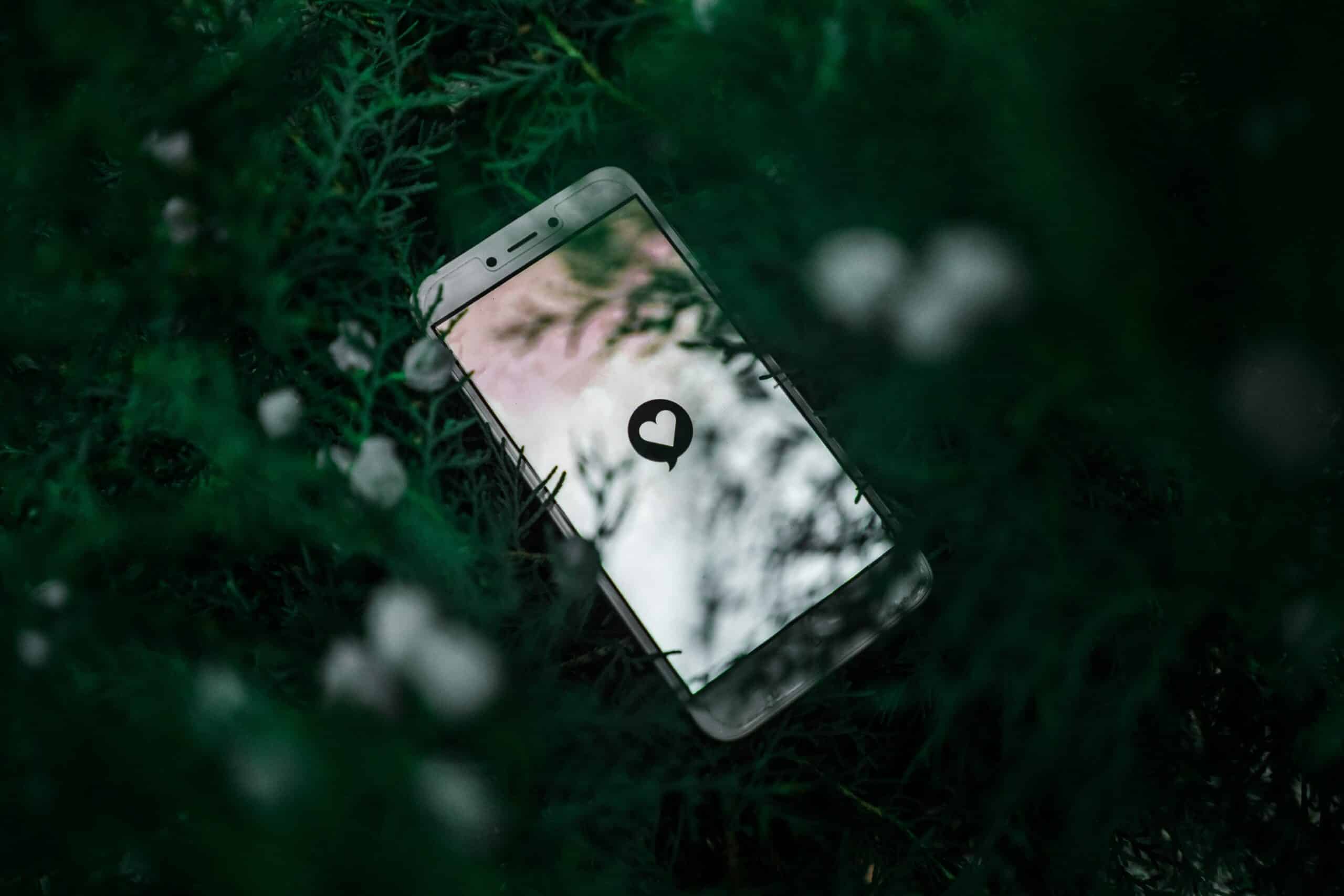