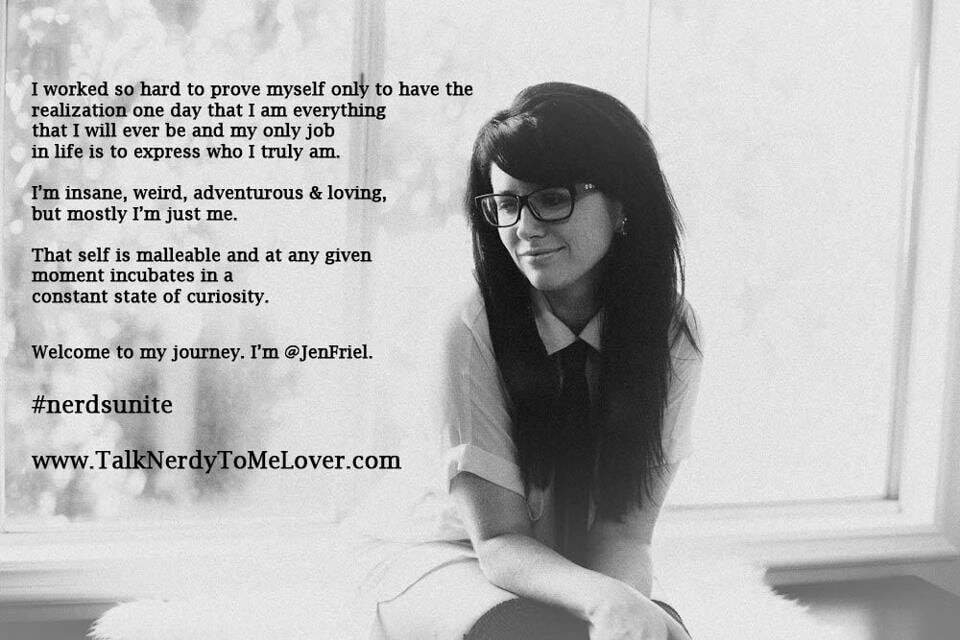 #Randombling: That Nerdy Chick (here’s to the night)

Randombling: A 5 minute long unedited random stream of consciousness produced by a nerd for nerds.

#nowplaying: Eve 6 – Here’s to the night

So, this was a pretty big week for me on a lot of levels.

1) I had a friend staying with me all week, @internetsabrina, and she might be one of my new favorite people ever. It’s been SO fun having someone to play with around the house and out and about. I love love love the idea of living and co-working together. Co-working spaces are the bomb, obvi, but there is another level of intimacy and connection you can have with someone when you’re in the same field as them AND you have a Jersey Shore and Ru-Paul Drag Race viewing party before your first cup of coffee. It’s again, this jarring reminder of how important intimate relationships are in general. I’m SUPER proud to say as well that I TREMENDOUSLY built out my friendships in the last few months. I actually talk to people on the phone now, and make.an.effort. to talk to people and not just catch up with them in social media. So much of my job is to be out and about meeting new people, so it’s genuinely hard to allocate even MORE time to the personal stuff, but again, it’s important and my happiness depends on it.

2) I’m not sure “where I am at” dating wise. I’m so confused right now. I’m dating all these super fancy pants dudes that are flying me around, taking me to nice dinners, I’m staying in the poshest hotels – and it can still be like watching paint dry. I had a REALLY great first date a few weeks back, and then the dude just dropped off the face of the planet. I TOTALLY felt sparks with that guy, yet like with the 103 dates in 9 months, did I only feel the sparks because he too is emotionally unavailable? What the fuck does that even really mean?!? It’s like my brain censors are in reverse. What I recognize as being hot is actually cold. Every.single.time. I get burned because of it. This all comes back to self, like everything in life, but I’m just going to cool my jets a bit. I need to stop seeking a relationship and instead grow and cultivate intimacy first. This, for a workaholic, is never easy but who knows.

3) Speaking of workaholic, I have a new manager who is a POWERHOUSE. Holy fucking shit, this dude scares the shit out of me in every awesome way ever. We became friends on Facebook a while back, and like with everyone, I snooped and checked him out. Very quickly I found out he was super fancy pants.

Flashforward to just a few weeks ago, I was seeking advice on what my next career step should be. I asked if I could talk to him for just a few minutes to pick his brain, and then the next morning we talked for about a half an hour and he gave me a ton of great advice.

Everyone keeps telling you you’re wonderful, he said, but what are they all doing about it?

I know, I said. I then asked him to connect me with anyone he thought could help, and after a few minutes he responded back via Facebook saying he wanted to meet with me.

Our meeting was just last Tuesday and by the end of it I was lightheaded in the best way ever. This guy knows his shit, and already had two TV show ideas for me by the end of it. This is what you’re already doing, he said. This is already on the table, but to do this we have to be in a COMPLETELY co-dependent relationship. If you break up with your boyfriend, you tell him and then call me. Get it?

I smiled, and realized we were going to get along quite well. It’s going to be a hard adjustment getting used to having someone else inside my brain, but this guy has proven himself EVEN BEFORE I SIGNED THE CONTRACT!!! I already have meetings set up, and he’s already talked to a bunch of different production companies about what I want to do. That’s more than I’ve gotten done in the last year, even WITH all the pitching we’ve been doing to the networks for the first scripted TV show. It’s fucking nuts, man, and all a crap shoot. Right place, right time, right network. Just gotta keep on hustling and establish out the right team. This.Guy.Was.My.Missing.Link.

I’ve had various management for the last 10 years and I’ve never seen anything like this dude.

4) My high school reunion is in exactly one week. It’s such a strange, bittersweet process to experience. On the one hand, it’s a definite chapter closing. I no longer have family in CT and genuinely have no reason to ever go back. As stated in a previous post, my graduation from high school was the hands down worst day of my life. I wasn’t even bullied in school, I was stalked, and that entire process was horrid. I have a lifetime restraining order against the four girls, but I just need for my own psyche to put a period at the end of this sentence and wish everyone well. I don’t wish a single person ill, even the stalkers (although if any of them do show I will be enforcing the order), I just want to be done done done with all of this. I never fit in in CT so I moved to LA almost 9 years ago and now I’m doing damn well for myself. I don’t need to prove my worth or anything to anyone (nor will anyone even care since we are all such insular beings) … I’m more or less just looking for a solid party with these people, and then I peace out Sunday to head to Colorado.

I’m as usual very confused. I have a series of next doable actions in front of me based on stuff my new manager wants me doing (which is GREAT for me because my brain gets so over-stimulated on so many shiny things and then I end up getting nothing done). I just need to let go and let the process take me over. It’s going to be scary, but I really really know my shit and I’m a great writer and producer. Now with such a powerhouse in entertainment in my corner, shits gonna get dooonnnnneeeeee. 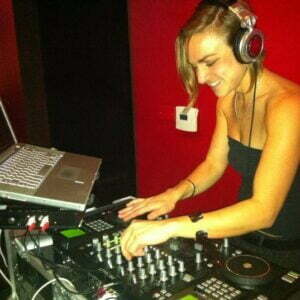 #ThatAwkwardMomentWhen: You give another guy a lap dance on your first date

#RealDeal: I lived a true life @MTV “Catfish” story (an update on My Fake Internet Boyfriend)

#RealDeal: I lived a true life @MTV “Catfish” story (an update on My Fake Internet Boyfriend)

#ThatAwkwardMomentWhen: You give another guy a lap dance on your first date