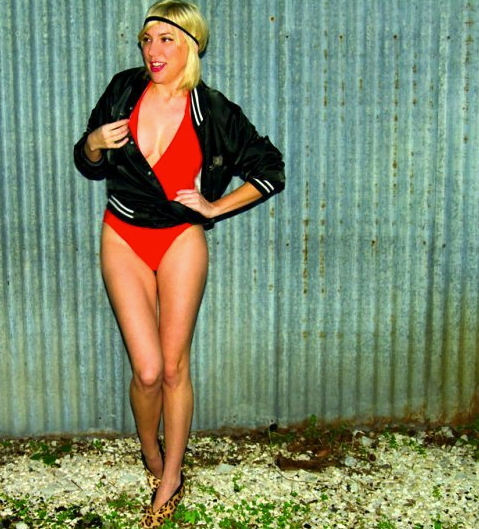 #Question: How do you, or rather should you (& by you I mean I, of course) take him out of the Friend Zone???

Editor’s Note: Shina Rae is a newbie to the LA dating scene. No like for reals, she’s only been here for like a month. Supah dupah new! Here’s her latest problemo …

I have a dilemma…..  I have a guy friend who I’ve known for quite some time and only recently have I realized I actually kinda like this guy – let’s call him Mike.  He’s chill, he’s a gentleman, he makes me laugh. He treats me better than the guy who just broke my heart.  Mike wants to take me out, and see me when he’s in town.  That’s right he doesn’t live here, but he’s here quite often for work.

*there I go again finding someone who’s not totally available to me, what’s wrong with us Jen??

So Mike, he made a move once, but I totally shot him down.  You see I was engaged in an evil game of quantum entanglement with the aforementioned heart-breaker.  I’m like most girls when I’m interested in someone; blinders on, full speed ahead….  So yeah, totes shot him down when he leaned in for a kiss, and ever since then….. FRIEND ZONE!!!

Bumms for him, right???  But we’re actually great friends now, so imagine my surprise when all the sudden I’m getting those little tingles of excitement at thoughts of him.  And I’m disappointed when he’s here and I don’t get to see him…. I turned off the blinders and I see what a rad guy Mike is, and I’m either really really REALLY a horn dog right now, or I like him…. like, like like him.  I’ve been thinking for a minute now, I might be down to take it to the next level.

Enter problem #2 –  I want him to make the move.  Not the move to LA, although that would be helpful, but just the first move….again.  I’ve put out signals, I know I have.  I’m not that touchy with guys, I don’t tell them how much I enjoy their company, I don’t give extra long full body hugs….. and I’m doing all of this and more.  But I am not going to make the move tho.  (Is this a sign I don’t want him enough?  I dunno.)  I just want the man to be the man and to make an effort to get me.  But waiting for him to make the move is soooooo effing frustrating.  I mean, he may think I’m just being friendly with all the flirting,  I did shoot him down before.  He may not be up for that a second time, and there fore may not even consider making a move again for fear of the same results.   And would they be??  Seq-way into problem 3.  What if he’s a bad kisser??  Or worse, what if he’s not enough for me (you know what I mean *wink wink*) ie. a bad lover??  Then he’d be right back in the Zone, except it could be weird then, and I really like our friendship, and definitely don’t want to fuck that one up.

GAWD this is madness!!!  I like like him, I do, but I don’t want to make the official move, he doesn’t even live in the same city, and there’s lots more of those reasonings to muse over.  But above all, I don’t want to lose our friendship because it’s actually pretty awesome.  I just can’t help thinking about him, and wondering….. Should I take him out of the Friend Zone??

Well I’m not going to make the move, so I guess I won’t, at least not yet.  I’ll just lay my cards out in a public blog, so he maybe can see them and extrapolate that I’m talking about him and perhaps the next time he’s in town, take the hint.  Really good plan, Shina!

I could really use some opinions on this one here, like I said it is a major dilemma…..  and I’m actually too scared to ask the 8 ball about this one, so I want real people thoughts.  Got any?? 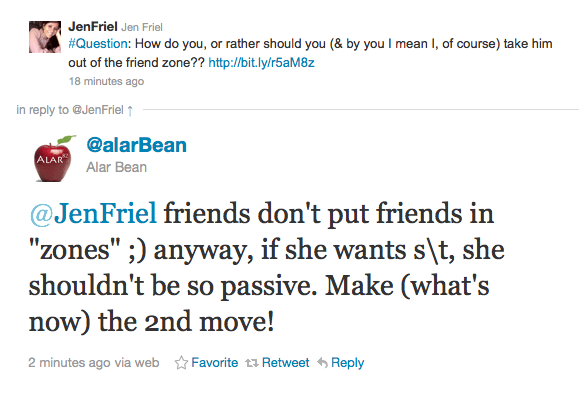 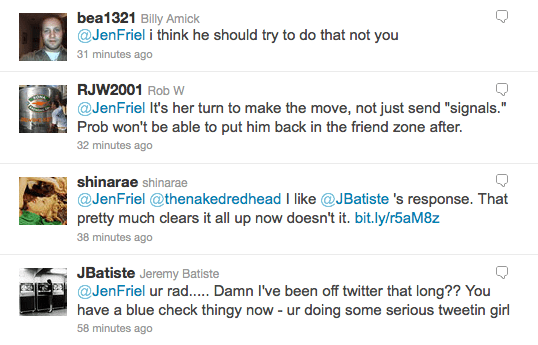 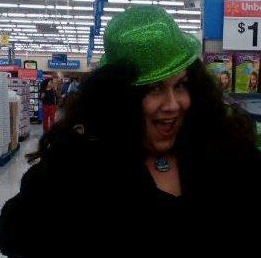 #NerdsUnite: F4M – craigslist date, anyone? anyone? 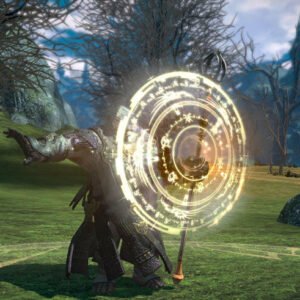 #GamerNews: The next big MMO

#GamerNews: The next big MMO

#NerdsUnite: F4M – craigslist date, anyone? anyone?