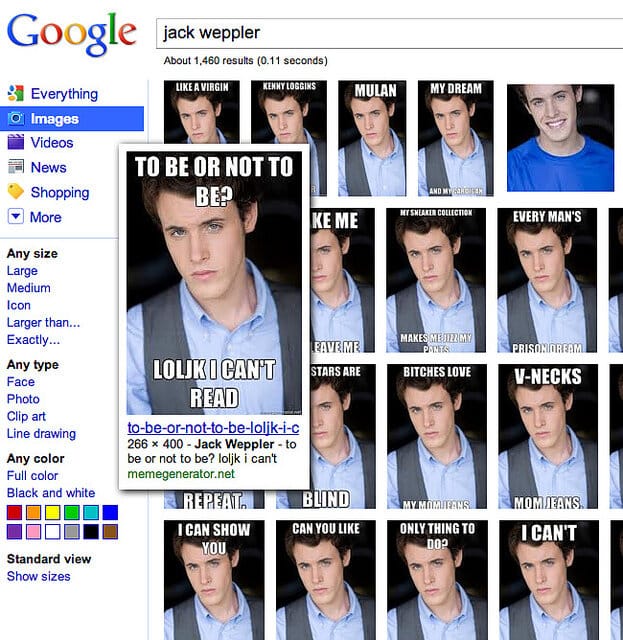 HAHAHA! This is kind of the EXACT opposite of our nerdy lovers contest … but hilarious none the less …

Per SEORoundTable: Upset boyfriends and girlfriends are nothing new. There are plenty of stories of girlfriends getting back at their ex-boyfriends for mistreatment and visa versa. But in the age where Google ranks supreme, you do not want to mess with a girl who knows how to manipulate Google.

One guy learned this the hard way.

Apparently, a disturbed ex-girlfriend took her ex-boyfriend’s professional taken picture and polluted it all over Google Images for a search on his name. You can see the Google Image search spam yourself by clicking here or in the screen shot below:

There has to be dozens of the same image, all with little notes from the girl written all over them. I won’t name the individual in text on this page (because I do not want the page to rank for his name) or the notes but it is a bit interesting to see upset ex-couples use Google Images as payback.

I suspect the images will be dropping out of Google shortly simply because it seems like the image sources have been removed from the servers they were hosted on.

As per the complaint thread started by the boy’s mother at Google Webmaster Help, the mother was extremely upset about this. She said:

My minor son’s ex-girlfriend took a copyrighted picture of him (we own copyright) and uploaded it more than 60 times to a website. On each image she wrote slanderous, defamatory and pornographic captions. The webmaster of the site states he removed the images 6 weeks ago, but Google Search still shows all the images. My son is so stressed out and embarrassed and we’ve done everything we can to get images off of Google including URL removal tool, a letter to Google Legal with all the URLs because of copyright infringement, and nothing has worked!

You see, she knew to have the source site remove the images but Google still has them in their index. The issue is that although the images appear to be gone, the URLs they are sourced via are actually returning a 200 status code, which to Google means they are still there. They need to return a page not found status code, and they do not.

Lesson? Before you upset your girlfriend or boyfriend, make sure they do not know how Google works. Oh, and never mess with an SEO.

It’s funny … I thought about doing that to the mentalist that broke my heart. He has no online reputation, and what little is there, is laughable. It would have been SOOOOOOOOO easy … but again, that would have come from a place of anger, and then honestly I would have felt like shit knowing that I destroyed someone’s career virtually. Things last forever online, there’s no escaping it … it’s not like this whole Google and Facebook like are really going anywhere. Bless her heart man, DON’T FUCK WITH THE NERDS!!

Thx for the heads up on this Aaron! 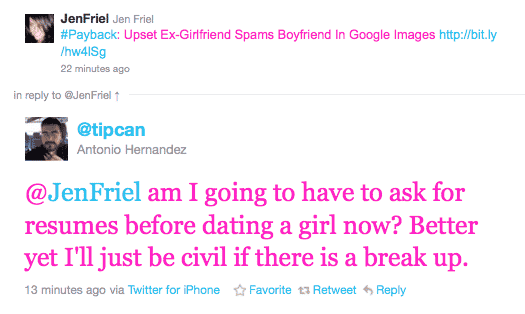 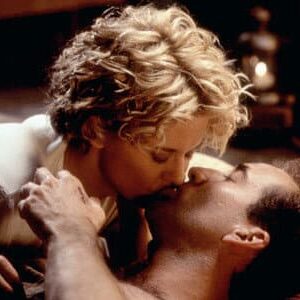