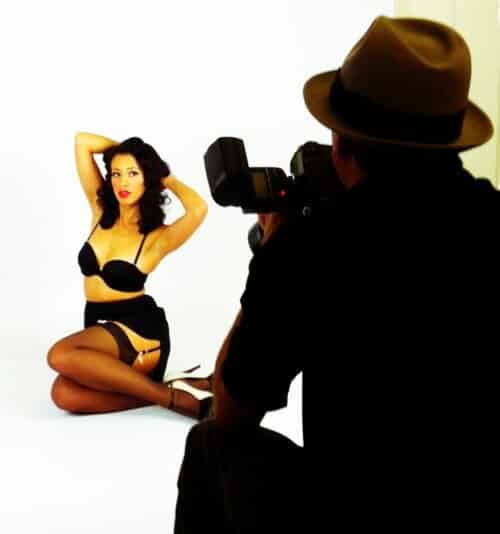 <editorsnote> Nerds, meet my buddy Helenna. We met on twitter not too long ao, and she’s totes mcgotes one rad chiquita banana with a flare for all things flair! That’s right, Helenna here is what we call an artsy fartsy nerd. She’s a poet, into all things dramatic arts, and she’s going to come on board to write each week about her love of said drama. Well not like actual drama drama, like some cat fight shit – but you get the idea.

I only have one thing left to say … HIT IT HELENNA!!! </editorsnote>

Well, it’s been thirty three days since i started “Project Helenna” (for reference here are Part One and Part Two ), and I thought I would update you all on my progress.

(Behind the scenes of my shoot this weekend for Cupcake Quarterly Magazine.  More details below…)

First off, I have never been a super active person.  I used to dance when I was a little girl and in high school I played basketball for a hot second, but I was a hardcore band and choir geek who wrote poetry and ate a lot of nachos.  Now, don’t get me wrong, as a teenager growing up, I was really happy with who I was and what my goals were.  I never even thought about what I looked like and didn’t really consider what it meant to be “healthy” or not.

In college I started to become more active rockin’ the Tai Bo tapes with Billy Banks and going to my university gym once in awhile.  When I graduated I started doing yoga and that’s really when the “health and fitness” bug bit but even then, I wasn’t as committed to fitness as I would like to have been.

Fast forward to 33 days ago and the beginning of “Project Helenna.”

I decided that I wanted to spend the rest of 2012 focused solely on becoming the most holistically healthy person I can be mentally, physically, and spiritually. I knew it would be a challenge, but felt that it would result in not only me becoming a better person but hopefully also resulting in being a better actor.

Not actively producing a project for the first time in 5 years was a pretty big change.  At moments it’s felt like I should be making and creating something, like I was just being one of those actors who “waits for the phone to ring.”  But as the weeks started to go by I began to realize that I used to be really attached to the need to control my career and it was making me incredibly anxious and high strung.  It was a feeling that was so familiar that it seemed like a natural state of being.  I now realize, anxiety should never be a natural state of being.  Once I embraced this I started to let go of control and I feel like I am now in the best place I’ve been in well, ever.

I also think my ability to release this self inflicted anxiousness is also very much due to the fact that I’m working out an average of 5-6 days a week.  A good friend of mine devised a strength training program for me and I’m actually enjoying jogging and other cardio activities for the first time in my life.  In fact, I really want to do a half marathon one day and I NEVER would have said that even six months ago!

When I was back at my parent’s place in Langley, BC Canada this past week, I went for a run down our “Little House on the Prairie-esque” road, and what usually exhausted me was only moderately tiring, and I ran way farther than I ever have before!

I’ve been using the “MyFitnessPal” app for the iphone and it’s phenomenal.  I’m eating healthy, tracking calories and workouts, and have lost 3 pounds and started to tighten up everywhere!  In fact, I’m starting to feel and get definition in muscles I didn’t even know were there!  For me it’s never been about being skinny, but just getting to a great place of physical fitness so that I have a good base to work with so that I can train to do an awesome kick ass sexy role like the girls in Sucker Punch or Milla Jovovich in Resident Evil, plus I’ll have a tight little body for all of the Anna Faris type comedic roles that I love playing so much!

I am so happy with the way things are going and I can’t wait to see and feel the results that will come by the end of 2012.  I know I still have a long way to go, but I really feel like I’ve created new life long habits and it’s incredibly exciting!

The biggest piece of proof that I’m feeling amazing?  This weekend I did a sexy pinup photo shoot for the special geek edition of Cupcake Quarterly Magazine. (FYI: see the first picture in this post and the one below)

I never would have felt like I would have been comfortable in a shoot like that before, but now thirty three days into “Project Helenna,”  I am feelin’ sexy, strong, feminine, and frisky, and I can’t wait to keep working hard and doing more fun shoots like this one!

Also, at the end of this month I get to rock out a choreographed sword fight in my friend Kristen Nedopak’s next Skyrim fan video!  She makes all of the costumes for her projects and I’ll be wearing this:

I hope that in sharing my journey you’ll all also be able to develop your own personal projects, ones that nourish your body, mind, and soul.  Because so far, thirty three days of “Project Helenna” has felt incredible.  How would thirty three days of self care feel for you?

If you are on a new fitness program and/or bettering your life and self in any way I’d love to hear about your journey too!  Tweet me, email me, facebook me.  Let’s create a dialogue 😉

email me at: [email protected] 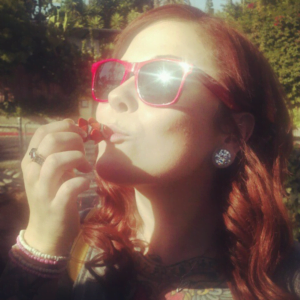 #GamerGirl: The adventures of @MeowMistiDawn 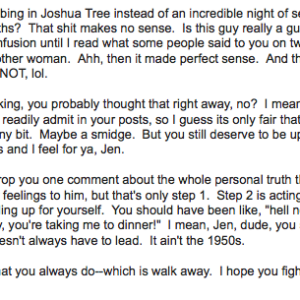 #OpenLetter: To all the guys I will date in the future …

#OpenLetter: To all the guys I will date in the future …

#GamerGirl: The adventures of @MeowMistiDawn