<editorsnote> Nerds, meet my buddy Alicia. She’s about to embark on a 50 dates in 50 states dating documentary. She’s here today to talk about her views on life, love, and all things through her nerdy little eyes. I only have one more thing left to say … HIT IT ALICIA!! </editorsnote>

A smoother than a slip-n-slide road trip would be dull. Thank goodness sometimes my scheduled date cancels making sure this adventure is always rocking and rolling. Flaking dates are pretty standard in online-datingland. Polite people cancel early so I don’t have to be stood up in public. Uncouth dates simply pull a “no show” leaving me wondering why I got a table instead of just hanging out at the bar, where at least bartenders are paid to chat. My planned North Dakota date fell in über-düber polite territory: he texted at seven in the morning to cancel.

With Megan at Huckleberry Fit’s helm, I whipped out my computer and started aggressively dating. First, I emailed every male I could find in North Dakota proper, plus a guy from South Dakota who might be willing to cross the border. Rarely am I concerned about the population of the Dakotas, but darn it if 600,000 people has ever seemed as excessively small as when you’re trying to find a guy to hang out with you. After two dating websites, I moved onto Craigslist.*

To regroup, we stopped in the local of bookstore of Medora, a town of 126. The chatty shopkeeper asked where we were from and what we were up to, and we explained the project, and yes, our current dilemma. Then Megan asked, “Do you know any single guys in town?”

Regretfully, the shopkeeper didn’t. But that didn’t deter him from getting his wife on the case. A quick call later and she was in our presence, brainstorming local lads. The first boy whose number she secured was the next door neighbor’s son. In my trying not to pressure him to go out with me I said, “Don’t worry about it if you have a girlfriend…or a boyfriend.” The shopkeeper’s wife overheard me and immediately said, “Well, let’s find someone else.” Once I was off the phone (the call didn’t last much longer), Megan informed me many people in North Dakota don’t take too kindly to the suggestion that they might be gay. In trying not to insult the poor guy by putting him in the “straight person” box, I managed to insult him by insinuating he could like whoever he wanted. Whoops!  The middle of the country is peculiar territory. Another phone call, no homosexual implications, and 40 minutes later I was on a date with James.

As James had zero background or context on me and the 50 dates in 50 states project, he was genuinely curious about what Megan and I were up to. His questions organically led to a conversation about dating in general. Granted, he also said the date felt a bit like therapy …  think that’s a good thing? Better than a date with me being compared to slamming your finger in a tripod, though not as good as being compared to dancing on bubble wrap.

At 26, he had lived both in North Dakota and Wisconsin, and said dating in ND is considerably harder (like me, he’d found the sheer lack of population made things a bit sticky). Thus whenever he did find someone worth hanging out with more than once or twice, and who wasn’t just another pretty face, it was a lot like discovering a “diamond in the rough.”

After the mushy talk, we wound up swapping breakup stories. A lot of guys want to know about the breakup referenced on the Kickstarter page, so I have the odd job of discussing it every few days – and I’ve decided if I’m telling the tale, my date has to pony up** a story of his own. His worst breakup? A girl he’d broken up with invited herself to his house and showed up dressed to the nines. Realizing that she was making another attempt at winning his heart, he had to turn her down all over again.

My heart broke for her, understanding her attempt (the Alicia of age 25 definitely pulled that one on a boy) but also knowing that’s the absolute wrong way to get your boyfriend back. Truth be told, you’re not going to get the guy back. He’s either coming back of his own volition, or he’s not. Your actions will likely only hurt your cause, not help it. (This works in reverse, too, dudes.) And I felt badly for James, too. Having to turn down someone who obviously misses you is not a position you’d ever want to have to be in.

But of course, whether you’re in a relationship or in a fresh breakup, the best thing you can do is be open and honest. You’ve got to say what’s on your mind and not be afraid of what’s on the other side. And when you’re on a first date? Well, in some ways, you get a no-holds-barred to ask anything that crosses your mind — and you get to find out how your date reacts. Which could be rather telling. James and I learned we are both wildly empathetic, easy to talk to and impossible to faze.

Post-date, Megan and I were shaking James’ hand and thanking him for meeting with us. His response? “Well, when the mayor tells you to get your ass to the bar, you go.” Yep, turns out the bookstore owner (the same one who insisted we try on his buffalo skin coat, which was heavy and warm and vaguely Russian feeling) was also the town’s mayor.

*This resulted in a two responses. An email that asked me if I wanted to get “coffee” and a text message that read, “Hey Sexy Lady! U want meet? Hot!”

Alicia Ostarello has combined her talents in talking to strangers with degrees in English and Sociology and is currently taking a road trip across the country with one goal in mind: to go on a first date in every single state. Follow her trip and the documentary film being produced about it, 50/50: A Dating Documentary on Facebook at facebook.com/5050ADatingDocumentary. 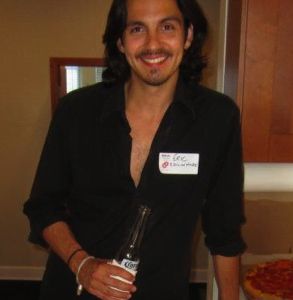 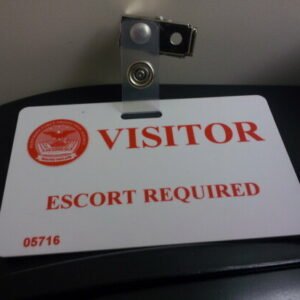 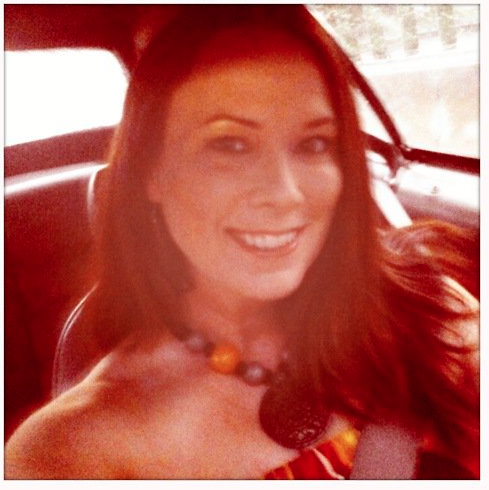