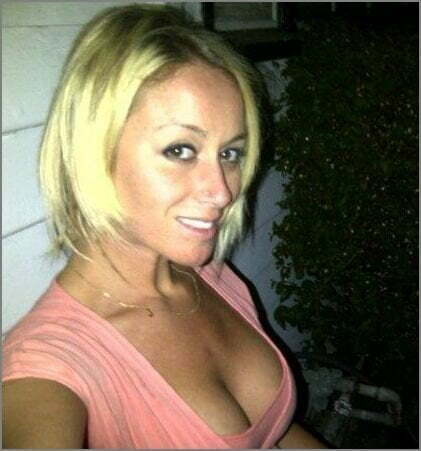 #NerdsUnite: Being a Nerdy Girl in a Barbie World

<editorsnote> Nerds, meet my buddy Jenn! She’s my partner in GirlsIRL and a super duper smarty pants. This chick is a hustler man, she was on NBC’s The Apprentice and has been a high school cheerleading coach, publicist, reporter, and writer for CNN, Huffington Post – and a ton of other media outlets. Rad chickadee. I heart her long time. Anywho, here’s her latest and greatest, and I only have one more thing left to say … HIT IT JENN!!!!! </editorsnote>

When I was 7-years-old I skipped a grade. I started the year in Mrs. Flanagan’s second grade class, and halfway through the year when I returned from Christmas break I was suddenly in Ms. Bromley’s  3rd grade classroom.

Nobody asked me if I wanted to leave my current situation and leap a year ahead, but that’s not the type of thing you discuss with a 7-year-old. My parents and the elementary school administrators quietly conspired behind closed doors and on that cold snowy day in January – *POOF* – a year of my educational life was skipped and there I was… in 3rd grade.

Lil Jenn To most people the thought of skipping a grade is considered an honor, or at the very least a good thing. This is true in theory, but if you’re a kid you quickly learn anything associated with being smart is considered very uncool. Assimilation and blending in with the lowest common denominator is considered a much better way to live. As a child nothing is less socially undesirable than standing out from the crowd, and the very worst way you can stand out is by being the nerd.

On my first day in Mrs. Bromley’s 3rd grade class, the girl sitting at the little desk next to me asked me why I was suddenly in her class. Was a new student? Nope! I gleefully told her I was there because I skipped a grade.

I thought she’d be a new friend. Instead she turned out to be the catalyst for a new a perspective on life.

ME: “Um…. Yes?” (I bet the whole class could practically SEE the very moment I started to question myself as a person)

She is clearly the alpha mean- girl in class and nobody wants to mess with her. Everyone moves their desks away from me. I am a nerd. I am a leper. I am alone.

From then on I was determined to convince everyone I am not smart because then they might like me better. I set out to prove to people that I was stupid, because stupid was cool and I so desperately wanted to fit in. I started this road to stupidity with a little lie.

I tell everyone: I AM REALLY 8 YEARS OLD and the school put me in 3rd grade because initially they made a MISTAKE.

I insisted that they didn’t ”skip” me from 2nd to 3rd grade because I was smart; it was all really due to a clerical error. It was a blatant lie – but kids really like the idea of the school being stupid too – so they bought it! Next, I had to change my actions and my reputation so I wouldn’t be caught in my lie. I couldn’t be an idiot-imposter.

I had to go full retard.

In Huntington, NY, when you reach 7th grade you go to middle school. All five elementary schools are pooled into one place called Finley Junior High. This meant hundreds of new kids could be introduced to a totally new me. I could be anyone I wanted to be, so I decided that 11-year-old me wanted to be sexy and fun. I wanted to be like a Barbie Doll.

On the morning of my first day of school I woke up, determined to be a sexy, stupid sensation. I wore tight jean shorts with a low cut v-neck sweater that I stole from my mom’s closet. I then proceed to stuff my bra with tissues. I used exactly half the box of Kleenex, dividing each wad to precisely to fill up a full cup size.

Here’s a Link on “How to Stuff Your Bra” from e-How. No shit?! People still do this?

Next was make-up. I knew some girls from Washington Elementary School would be wearing Bonne Bell lipgloss and mascara to their first day of Junior High, but that wasn’t going to be enough. I brought out the big guns. Armed with $.99 Wet N’ Wild brand lipstick and eye pencils, I scrawled a thick blur of deep blue raccoon-style eyeliner across each eye and then penciled in ruby red lips.

On my first day of 7th grade I also rode the bus. Determined not to be a geek and assuming my new identity as a total bad-ass, I went straight to the back of the bus. An 8thgrade boy took one look at me walking down the aisle and he knew he had his prey. SCHWING! Epic boner for predatory boys!

I was a walking display of low self esteem covered up in $20 worth of $1 make up. I was an easy target. He offered me the seat next to him. I let him feel me up. I had never even kissed a boy, and there I was, letting this “popular” creep cop a feel of my 11 year old body. I felt sick, but I was also kind of stoked, because in a twisted way it made me feel accepted. It was not acceptance. It was a misguided little girl, letting a boy several years older than me enjoy sexual gratification at the expense of my constant humiliation.

I let him do this to me every day for a few months until I felt so sick and it gave me so much anxiety and stress, that I stopped riding the bus.

I totally shed ANY relation to my previous smart girl image and I became way more accepted. People thought I was batshit stupid, but for the first time in my life I had FRIENDS. Glorious FRIENDS!

For every IQ point I dropped I gained a new best buddy. By the time I even reached High School I was borderline retarded but I had lost my virginity, been invited to nearly every party and dance, was in like 7,000 social clubs and already had the phone number of at least one high school boy who I would later dry hump in my friend’s kitchen. What base is dry humping even considered? A bunt?

I didn’t even need to play dumb academically speaking, because the way I dressed and who I hung out with apparently spoke for me.

I got A’s on tests and could always engage in classroom discussion if called upon. I was a mentor in an after-school program for elementary school kids,  a writer for my school newspaper, a volunteer writing tutor in our “writing center”,  in Drama Club, in KEY club (so was everybody), in a progressive club that promoted diversity called BUTY “Bring Unity to Youth”, worked a part time job all 4 yrs I was in high school, interned at the Cold Spring Harbor DNA lab (youngest intern they ever had!) and was a  cheerleader…but I was still considered a “bad kid.”

I would do all this hard work, but would follow it up with cursing out a teacher, smoking a cigarette in the boys bathrooms and screwing random dudes in a field while hammered on a 40 oz of Budweiser. High school became a whirlwind of boys, booze and fun. I was numbing all the awkwardness I felt with hedonistic behavior. To be honest with you it was kind of fun, but I still felt alone inside. I guess I had some emotional problems too.

In 9th grade I was thrown out of high school. I had to have my parents prove they had enrolled me in therapy to be allowed back in.

Sorry, teachers, I was a dick.

I didn’t want to stand out for the wrong reasons because I was determined not to be a nerdy girl in a Barbie world. The funny thing is I was HARDLY a Barbie. I just ended up a disconnected mess who didn’t identify with either crowd. Running from yourself doesn’t work, even at 13.

Despite all this trying so hard, I was still never “cool.”

I tried on many different identities like someone might on different coats or hats. None of them ever fit because I had no sense of confidence about who I really was. I spent every waking minute trying to make up for feeling “different.” I just wanted to be the same as everybody else.  Every day of high school I felt weird, and alone and like a total freak, but just kind of played the fun, crazy girl role to have ANY identity besides the chubby bookworm weirdo I was as a child.

This seems so foreign to me now because I dislike assimilation and hate the idea of being like “everyone else.” I still feel like a weirdo, but now feeling like a weirdo feels more like being a unicorn and I love it! 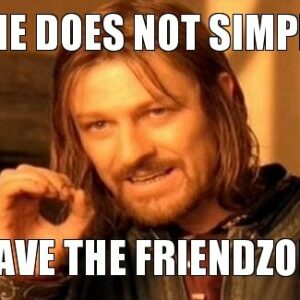 #NerdsUnite: Tales of a Pick Up Artist (Let’s Just Be Friends Attempt Fails) 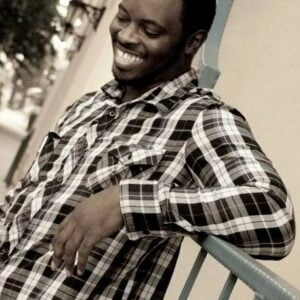 #NerdsUnite: Tales of a Pick Up Artist (The Social Proof Complex)

#NerdsUnite: Tales of a Pick Up Artist (The Social Proof Complex)

#NerdsUnite: Tales of a Pick Up Artist (Let’s Just Be Friends Attempt Fails)