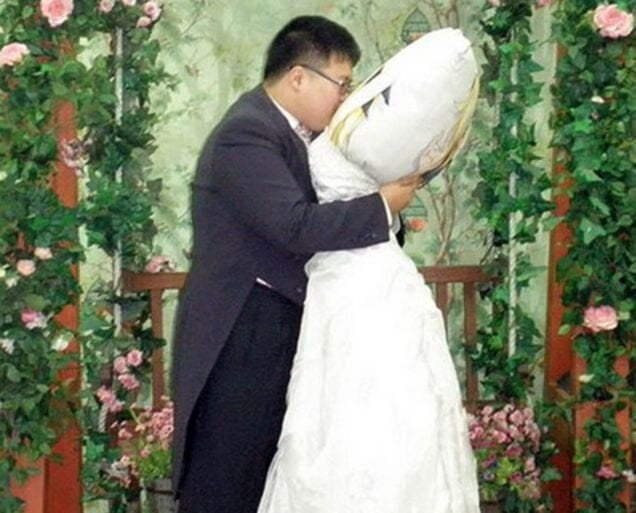 Lee Jin-gyu fell for his ‘dakimakura’ – a kind of large, huggable pillow from Japan, often with a picture of a popular anime character printed on the side.

In Lee’s case, his beloved pillow has an image of Fate Testarossa, from the ‘magical girl’ anime series Mahou Shoujo Lyrical Nanoha.

Now the 28-year-old otaku (a Japanese term that roughly translates to somewhere between ‘obsessive’ and ‘nerd’) has wed the pillow in a special ceremony, after fitting it out with a wedding dress for the service in front of a local priest. Their nuptials were eagerly chronicled by the local media.

‘He is completely obsessed with this pillow and takes it everywhere,’ said one friend.

‘They go out to the park or the funfair where it will go on all the rides with him. Then when he goes out to eat he takes it with him and it gets its own seat and its own meal,’ they added.

The pillow marriage is not the first similarly-themed unusual marriage in recent times – it comes after a Japanese otaku married his virtual girlfriend Nene Anegasaki, a character who only exists in the Nintendo DS game Love Plus, last November. 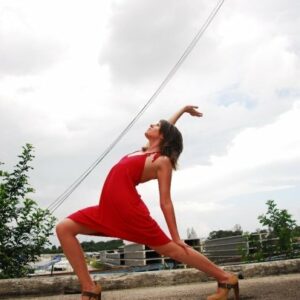 A Permission Slip to be Unapologetically Awesome

A Permission Slip to be Unapologetically Awesome