So to anyone who doesn’t know me well enough to see that my facebook city says “Las Vegas”, I should update you who is reading this that I moved from Manhattan, KS to Las Vegas, NV. If you were aware of that, good for you. pat on the back for evvvveryone. What no one really knows would be the details of everything that’s been going on.

I made the drive from kansas to here in about 17hrs, which i’m told is pretty fast for not sleeping and getting borderline crazy off of the best energy drinks new mexico has to offer and adderall. Being in vegas at first was pretty legit. By the time I finally got my bartender cards (TAM/Health) the original company that hired me to bartend for them decided to fire me on the spot ’cause the manager who originally hired me up and left…for a funeral. They fired him for his rash decision and fired me by proxy. That’s Aloha Kitchen, by the way, if anyone feels like throwin bricks. order food first though, ’cause that shit is bomb. 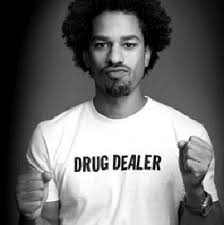 Now, the place I was, WAS…pay attention, was the home of a a girl I used to go to KSU with (and to any kstaters who want to know the low down on her, hit me up, you’ll poop when you hear all details) had asked me to live with her and her friend in the four bedroom home with a pool. what they didn’t know was that i’m BETTER friends with the home’s owner who let me live there for free. While he as away on business, the girls decided to introduce me to their drug dealer friends…who decided that I get to pay for everything involved with the house; rent, bills, drugs (likely). I responded with a kind “get fucked” and was muscled out of the home by force and all my possessions stolen.

This all occurred around the end of June/beginning of July, and I was pretty sure I was as fucked as I could be if I hadn’t already been hanging out with some great people from San Diego in their time share. When they heard about my ‘lil speed bump’, they offered for me to come with them to San Diego…where I stayed for like a week. just hanging out, seein the ocean, seeing the city. I was so welcome in fact that most people i met told me to forget Vegas all together and move to san diego, bartend, and surf.

Most of that plan I was pretty down for, and had a company wanted to hire me, i’d have been a beach bum for well over a month now…but I didn’t. I knew I had to come back to Vegas to keep trying. I told my friends when I left Manhattan that I was MOVING to Vegas to bartend, I was GONNA make this shit work, and my friends would be proud of me god damnit.

So the ONE FOR SURE person I knew I could count on is letting me live at his place until I land on my feet. since then I’ve been attending every job fair I can find, filling out apps, meeting and greeting people…and it’s all sucked. There’s more than one way to gamble in this city, i’ve been gambling my future.

The entire summer I’ve had no luck with…anything. my parents, and some others, had been telling me weekly “you tried, and that’s amazing…but you failed…come back.” and I was debating doing this, but it wasn’t until today that I finally got a call back from the newest strip club in Vegas, https://vegasvcard.com/hustler.htm , and they asked me to join their team on bar staff.

So…my patience and suffering i guess did pay off. To everyone I’ve told I’m “doing great!” sorry I lied but i was a lil’ embarrassed it was taking me so long to be somebody. To those who did know, thank you for your support and when I’m up and on my feet, you’ll always have a place to stay in the city that never sleeps.