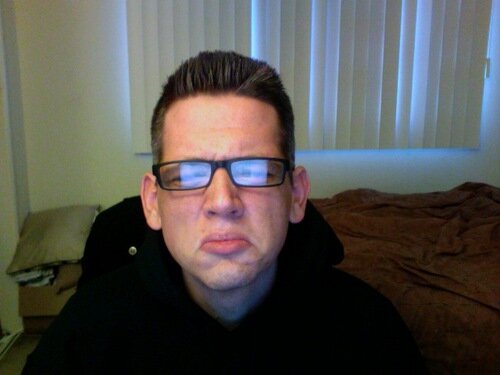 Fun with #OkCupid: A dude in the OKC corral (Ehh for Effort)

<editorsnote> Nerds, meet my buddy Kenny. We e-met through OKC and although we’ve never gone out on a date, he was inspired by my documentation of my online search for love, that he wanted to come on board and provide male insight into OKC. So here you go … and now we’re here … HIT IT KENNY!!</editorsnote>

Modern dating is not simple.  Today, with the advent of online dating, we are able to view hundreds of profiles of the opposite (or same, I don’t judge) sex within hours.  Oh, is that too many profiles for me to look at in a couple of hours?  I’m sooooo sorry!

I imagine that back in the olden days, when our grandparents had sex before the war and conceived our parents, dating was more like “Hey, you live within two blocks of me!  I haven’t seen another female in six weeks.  Please have sex with me?”

And then the woman was like “Shit.  Sure, I guess.  I also haven’t seen another boy in two months and my knickers are starting to get holes.”

And then YOUR grandpa was like, “Neato kiddo.  Let us bone.”  There, now you’ve imagined your grandparents having sex.  But it was when they were like 18 years old, so it’s not gross, right?  Psych, that was really gross!  Also, you’ve probably got like 16 aunts and uncles, so there was a lot of boning back in 1926.

That’s just how it was back then.  And it worked.  It may have worked better back then, when you were geographically forced into marriage and sex based on options, and then your grandparents stayed married for 60 years.  The average marriage these days probably last 60 days, and that average is even increased by Kim Kardashian.

What if instead of forced Pre-WWII sex, young people were able to actually see every available mate in their area, and not just at school or the malt shop?  In a pre-internet era, what if people just posted pictures and profiles on bulletin boards at the General Store and other people would come by and see who else was actually out there.  (Also, how many of your grandpas are like 6 years older than your grandma?  Did you ever do the math to find out that your grandpa was 21 and your grandma was 15 when they had the first kid?  Your grandpa was a creeper.)

Then Susie would be at the store with her boyfriend Tom and see a picture of Larry and say “Hey Tom, I just realized how hideous you are in comparison to Larry.  Plus, he likes things I like: Tennis, Radio, and Equality for All Races.  You only like to go to Lovers Lane for heavy petting.”

“That’s crazy talk, see!” Tom would reply.  Tom is also apparently a gangster.  “You’ll be with me, see.  And equality is that mumbo jumbo talk.  Get with the twenties you flapper!”

But now the idea is in Susie’s head that there’s a lot more out there.  It wasn’t just Larry on the bulletin board, it was John, Frank, and Sammy.  There were tons of options and she was now a lady that could see a ton of men that could court her.  I mean, she was 15 years old afterall, why not date 100 guys and finally get married?!

But that’s not how it worked.  Women were married at young ages, and the goals of both sexes were different at the time.  There wasn’t contraception like there was today either, so if you got pregnant you got married.  (Usually)  These days, you have so many options for contraception that you can use NONE of them while sexing and still rid yourself a baby within minutes, hours, days, or even months.  No baby = No ring.

Yet, several generations ago, and for most of human existence, they made it work.  It was a simple concept: Find a mate, make babies, make it work.  These days the goals are different: Fuck a lot of people, don’t get tied down unless you really love the person, and if it doesn’t work at any point down the line then get the hell out.

I’m not even saying that concept is WRONG, it’s just the way it is.  I’m content at 29 to have fun, date, and not find a relationship.  Still, in the world of online dating, there is plenty of effort that you must put into it.

If you’re a girl, this is not so much the case.  Just log into your OkCupid account at the end of the day, scroll through the messages and dick pics, and decide which dick looks suitable enough for you.  Or something, I don’t know, I’m not a girl.  If I was, it would take me twice as long to write an article while I intersperse playing with my boobs.

For awhile I was really into OkCupid, or any dating site, and would look forward to perusing the profiles, seeing all of the interesting people in LA, trying to make some random girl laugh, and then going out for chicken and sex.  Then I found other shit to do.  Dating is fun, and keeping yourself fresh in the dating scene is important, but sometimes it also feels like a job.  I don’t want to do it so much that it feels like work.

I am working hard on my goals outside of sex and girls.  I don’t see nothing wrong with a little bump and grind, but every little commitment I make during the week is one less space on the calendar that I have to do something else.  Even if that space is reserved for “Do Nothing.”

Then there is a whole ‘nother commitment if you decide that you’re going to date the same person over and over again.  From my understanding, this is a called a “ree-lay-shun-chip”?  Or something.  Damn, that’s something that will require a whole lot of space on calendars to be filled in.  Which, I don’t know why I keep bringing up.  I’ve never used a calendar or a planner before.  I want to fit in with society, OKAY?!

There are pro’s to both being single and to sailing away in a Relation Ship.

Pros for Living on the Love Boat:

As you can see, I’ve outlined several Pros to both being single and several others to being in a relationship and both lists appeal to me in one way or another.  Being single is about freedom.  Being in a relationship is about companionship.  The “die alone” fear is one of the most prevalent in our society.  Nobody wants to do it and nobody knows for sure when they’ll be ready to sacrifice their freedom for it.  Sometimes the grass is greener on the other side and sometimes the grass is greener when you can just go home, rub one out, not have to call or talk to anybody, and fall asleep watching Homeland.

I’ll keep checking in on OkCupid, keep saying “Wassup baby girl?” to girls at the bar (and with such success!) and keep making a mild effort to Wang Chung tonight, but with my current schedule and mindset, it’s not the most important thing to me.  I just know that right now my effort level to finding that “Special Someone” is at DEFCON EHHHH and I’m okay with that.

#NowPlaying: Porcelain Black – This is what rock and roll looks like 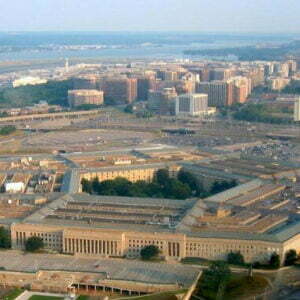 #NowPlaying: Porcelain Black – This is what rock and roll looks like