#Fact: Skip the small talk on your next date

<editorsnote> Inteeerrreessttinnnnngggg … just came across this article on Yahoo! and I’m kinda not mad at it. I can’t STANNNDDD guys that talk about the weather on dates, however, after seeing the other side of it this week with The Performer (aka Mr. TMI) – you can sometimes seek that bond too soon. Hold on, I’m getting ahead of myself here, read the article first … HIT IT YAHOO!! </editorsnote>

Per Yahoo: Don’t look now, but “deep and meaningful” conversations may be making a dating comeback. I know, I know… conventional wisdom says it’s best to keep the conversation light and airy on the first few dates, but is that really true? Maybe not, according to a new study from the University of Arizona published in the journal, Psychological Science, which reveals that happy people have more substantive conversations than those who engage in small talk alone.

Those who spent more time with others reported being happier — which isn’t groundbreaking news to those who follow human trends and needs for social engagement. But the big news in this study is that the people having deeper conversations tended to be the happiest of the bunch. Compared to the unhappiest participants, the happiest ones engaged in about one-third as much small talk and had twice as many deep conversations.

What does this mean for daters? Well, small talk is certainly a useful social skill and will help you break the ice with Mr. or Ms. Right — but once the ice is broken, don’t sink in the frozen social waters by talking about the weather. Based on the findings of this study, here are five suggestions on how to get into real conversations that avoid unwelcome levels TMI and intensity, but are sure to keep your next date simmering at a just-right temperature:

1. Casual might be cool, but it won’t get you anywhere romantically. “We found this so interesting because it could have gone the other way,” said Dr. Matthias Mehl, Ph.D., one of the researchers at University of Arizona in Tucson, who put the study’s findings into context for the New York Times. “It could have been, ‘don’t worry, be happy’ — as long as you surf on the shallow level of life you’re happy, and if you go into the existential depths, you’ll be unhappy.” But the findings were, in fact, the opposite: Surfing on the shallow level of life doesn’t make you cool; rather, it actually makes you less compelling to your date.

2. All this talk about the weather will put your date to sleep. You don’t need to delve into blatant and inappropriate TMI to really connect with your date. Think about it: you just met each other and this person’s already hearing about your dirty laundry? I don’t think so! But it does mean you should limit chatting about the wind and rain (unless it’s a national phenomenon or crisis). Trust me, talking about the weather won’t blow anyone away. Instead, talk about current events, the news, pop culture trends, things that you’ve read recently, movies you’re passionate about — the list is endless, and it certainly doesn’t need to include weather. As Mark Twain famously said, “Conversation about the weather is the last refuge of the unimaginative.” 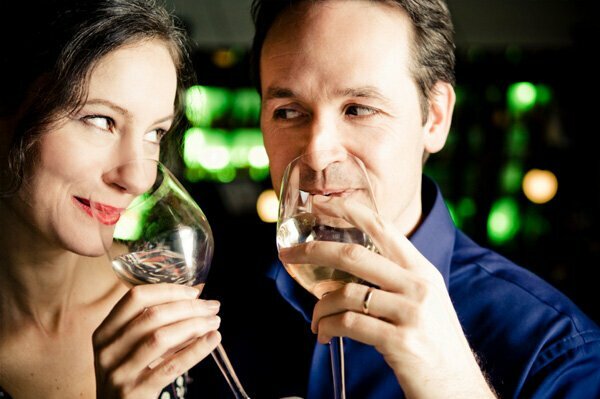 3. Ask open-ended questions that require an explanation from your date. It’s easy to engage in conversational dead ends. You tell someone how you feel. That person shares with you how he or she feels, followed by silence, and then… crickets (until one of you picks up the conversational baton and runs with it again, that is). But how you pass that baton is really what matters, so plan ahead to make sure you ask the right questions. The key is to know what questions to ask in advance so that you don’t end the evening knowing your date’s favorite TV show, but nothing about who this person really is. Think about a question that’ll get your dates to open up and share important information about themselves, which is essential to move any potential relationship forward. “I used to ask women what they did for work or what their hobbies were,” says North Carolinian Bill, 34. “But I get a whole different — and better — response now that I ask them what they are passionate about. Asking one great question can really change a date from so-so to something else.”

4. Skip the small talk and focus on being a bigger listener. People who are really interesting are interested. It’s remarkable how few people ask you a question and then engage in active listening as you respond. (Contrary to popular belief, listening is not the act of taking a quick breath in between your monologues as you prep to start speaking again.) If you really listen, you’ll be prompted to ask more meaningful questions that will take you down conversational roads you wouldn’t have imagined happening during your first handshake with this person.

5. Understand the role intimacy plays in helping build a bond. In considering why intimacy is necessary to build bonds, Dr. Mehl proposed that substantive conversation seemed to hold the key to happiness for two main reasons: 1) human beings are driven to find and create meaning in their lives, and 2) we are social animals who want and need to connect with other people. The findings indicate that these connections come from conversations that are socially and conversationally deep, rather than being solitary and superficial. Sharing something deep has its risks — after all, the person could ignore or dismiss something that’s near and dear to your heart. But if the opposite happens, your hearts open up and real connections can spring forth.

So before your next date, consider this new scientific evidence before your talk turns to the weather. Just remember: No one ever looked back on an exciting date and thought, “Wow, all that small talk really bonded us together!” ﻿

I think the bond though has to come from a very organic place. Again, as I saw with The Performer earlier this week, it FREEAAAAKKEEDD me out when he brought up ALL that drama from his past. It was wayyyyy too much WAAAYYYY too soon!! Ask stimulating questions – if it’s an online date, do some research first, pull from her dating profile and ask her to elaborate on some things (maybe she has a pic from an exotic location, or talks about wanting to go to Africa – whatever!) – pull from the profile!! The first date should always. always. always. be about the chick. She has the upper hand in this one! Actively listen, engage, and have fun man!!! Good luck out there, nerds!! xoxo 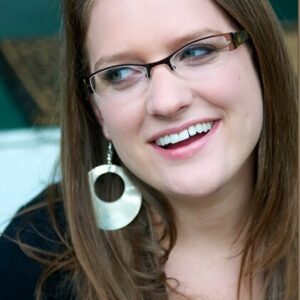 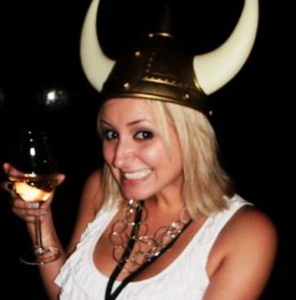