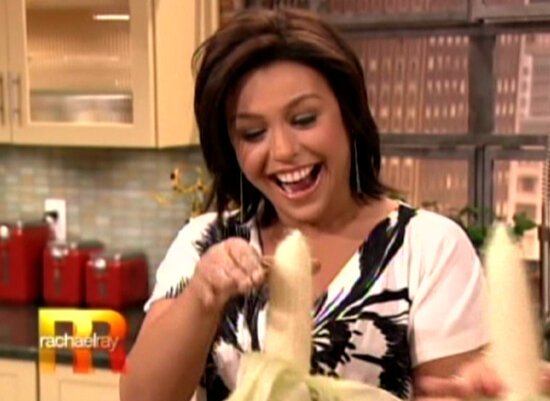 Rachel Ray is hiding under my bed after I beat her into submission with a spatula.  Ok so maybe she isn’t under my bed but damn she should be!  As a foodie I’m pretty upset with the so-called “Food Network” and their show lineup not only is it lacking enough emphasis on the “food” but its just downright MTv for cooks.  I haven’t seen that much reality television since MTv killed the video star in the 90s.  I, like many people have Cablevision as my cable provider and normally I’m pretty damn happy with that but then I discovered the Cooking Channel on Verizon FIOS while staying at a friend’s house.  Much to my dismay and absolute envy I did not have this channel nor would I be getting it in the near future apparently this is exclusive to FIOS, oh the horror!  I kid you not my fellow nerds I spent an entire weekend watching this channel show after show I was completely hooked it was exactly what I was looking for.  These were chefs they were foodies people who understood the need to know the intriquisies of Vegetables, Fruits, Grains, and dear GOD Carbs!

There is an endless amount of blogs these days dedicated to all things food and apps on the Droid and iPhone about where and how to find your favorite food cart in your local cities.  These days everything is at your fingertips if you want to get some good food on your taste buds.   Foodienyc, Orangette, Cannelle et Vanille, The Wednesday Chef, Serious Eats and Dave Lebovitz to name a few have been gracing the blogosphere with the best tips and hot ideas for foodies to get their fix on.  It’s a virtual buffet an endless amount of choices on who to listen to what’s in what’s hot and what’s not.  I’m a sucker for a good small venue something family owned and operated a small business a whole in the wall those are the gems in a sea of possibilities.  So why is Food Network not capitalizing on this golden opportunity, asking this to my friends they had many different answers but none was as poignant as one, it’s all about money.

Ah the joys of money that green stuff that makes the world go round and hookers show up at your door at 3 a.m. on a Thursday night.  Reality television sells just ask the Cake Boss New Jersey’s biggest sellout, once a beloved bakery in Hoboken Carlo’s Bakery had serviced the community for many years now people wait in line just to see him and pay $20 for a chocolate cream pie.  I’m exaggerating but I can tell you the prices have gone up and the lines wrap around two blocks just to get in.  A community that once had a family owned bakery now has a sellout fame whore.  Time and time again I watch chef after chef peddle their bakeware, knife sets, and books just to make a buck and yet can’t remember the last time they actually worked in a restaurant kitchen.  Every hour on the hour we are bombarded with fluff shows like The Next Food Network Star, The Next Iron Chef, Food Network Challenge, Private Chefs of Beverly Hills, really?

The Cooking Channel has gone back to the organic roots of cooking and chefs like sexy Jamie Oliver have really begun to show us how to cook naturally from the earth.  Jamie’s show is very simple it’s him at his home cooking his favorite foods using ingredients right out of his backyard.  I watched this man pull carrots and beats out of the ground lay them on a pan drizzle them with extra virgin olive oil some seasoning and cook them in an outdoor brick oven it was heavenly.  Jamie takes the simple act of utilizing the earth to grow vegetables and cook only farm raised meats rather than caged hormone treated animals as the true natural way to eat.  Another show I really enjoyed on this channel is called David Rocco’s Dolce Vita, shot in Italy the landscapes are beautiful the food is rustic and classic Italian and the people are beautiful!  What I absolutely adore about this show is the simplicity of the dishes they’re very easy to make at home and very filling it also tugs at my heart strings considering I am 100% Italian. 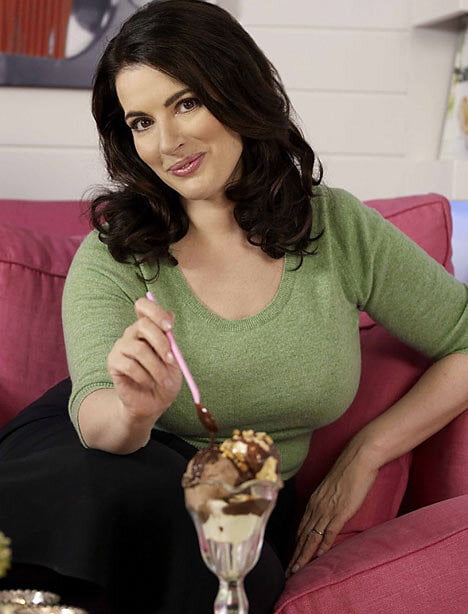 Nigella Lawson foods’ Venus de Milo of the kitchen combines her love of decadent desserts with her newfound need to cook a little healthier for her husband and children.  Nigella’s show is very earthy and sweet with a down home comfort food feel, once again she makes food that is easy to make at home with not a lot of prep work that any working mother/father or single person could make.  When this woman does a taste test of strawberries and chocolate it brings tingles down my spine I love that woman’s curves, so sexy!

I even enjoy the camera feel of this network the lighting and the shots just seem very organic and way more natural than the bubbly poppy feel you get with Food Network it’s just not as cartoonish.  I think my food snobbish attitude is coming out a bit in this article which I hadn’t intended but I can’t help it I’m tired of all this mindless crap.  Food is like sex you have your quickies (fast food), you have your standard (chain restaurant), exotic (ethnic food), and spicy (Mexican food), see the pattern?  It’s a wonderful world where you can have options if you feel like one day you’d like to skip the foreplay of an appetizer, salad, you can just hit the fast food place nearest to you or are you tired of the same ol’ same ol’ (missionary position) then head to Sushi or Hibachi.  We live in a culture that craves more we always want to experience new trends and new foods so why not a channel for us pervs that want a little food porn every now and then.  I’m not above paying money to watch succulent duck being cooked with fresh grilled veggies or a homemade chocolate moose hell I’m a fat kid I can admit it, it gets me hot!

The average everyday person cannot eat at a five star restaurant and doesn’t know what a Michelin Award actually is so why treat everyone the same give us novice foodies things we can do at home stuff we can do when we travel abroad or a road trip in the states.  One thing I will not stand for however is a dumbed down version of a food channel and that is what Food Network has become, they’ve taken this amazing niche idea and completely ruined it.  Reality television makes you infertile, ok that’s not true I just made it up, but it definitely makes you lose brain cells that’s for sure because there’s no real substance you aren’t really learning anything. 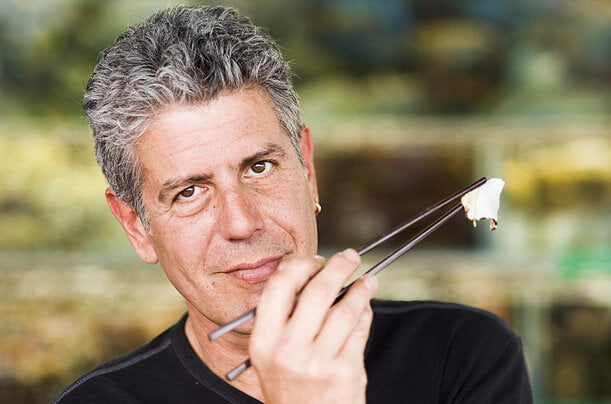 What the Cooking Channel has brought to masses is a way to see other types of foods in their simplest forms, classic Italian, Indian, and Spanish with your all around universal comfort foods but instead of manufacturing their dishes and shows they actually teach, you learn, go figure.  Each Chef on the program is knowledgeable and they seem very experienced in what they do they don’t just work they live what they speak about they aren’t just in it for the money it’s what they do its how they breathe and their life is food.  When a person has this type of passion for something it shows in both their personalities and in how they educate others and with this channel you are seeing all of that wrapped into a really well put together package.  So while not all of us can watch the XXX Cooking Channel yet I’m hoping one day that will change until then I am just going to have to visit and stay over my friends house more and I’m sure they’ll just love that, ::insert sarcastic tone here:: 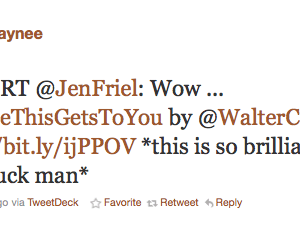 Fun with #OkCupid: You’re a virgin???

Fun with #OkCupid: You’re a virgin???