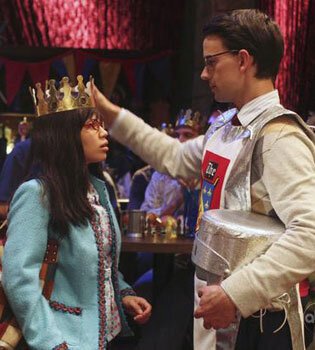 It’s time to say goodbye to one of the hottest of all the hot nerds, and I, for one, am devastated.

I refer, of course, to the gorgeously geeky Betty Suarez in the excellent Ugly Betty.  Betty’s frizzy hair, glasses and braces endeared us to her when she first graced our TV screens four years ago, the typical aesthetically-challenged female working as an assistant in the most brutal of all industries. Ugly Betty is one of those typical “fish-out-of-water” storylines that have made reality TV so popular these days, but when combined with the best writing TV has ever seen (yes, ever – You can fight me on this one, devotees of other TV shows), incredible acting from a cast of geniuses, and the gorgeous setting of the world of high fashion, there was nowhere this show could go wrong.

Well, apparently there was since the powers that be at ABC decided to axe the show halfway through the fourth season. Of course, that left little time for the writers to give us the ending the now-gorgeous Betty (yes, she’s got glossy locks, a flawless smile and the most kickass fashion sense you’ve ever seen) so deserves. It looks like she’ll be heading towards the anticipated ending in the arms of her boss, Daniel, similar to the Spanish version.

Aside from finding a way to hunt down the ABC execs to find out exactly what kind of crack they were smoking the day they threw away Betty and all she represents, this week is about celebrating the glorious Betty, who has always been a fabulous champion to the nerds, as she first flounders, then floats and finally swims like a beautiful swan (you can’t stop me, I love this woman) in the bitchy but fantastic world of fashion.

Betty’s nerdiness is not about the glasses, the braces, and those godawful sweater vests from season one. It goes beyond her adorable knowledge of random trivia, which she shrugs off as “just something I know”; and her position as the only person on Mode staff to have read the books assigned for review.

Betty is a champion who stands out from the crew at Mode because of her sweet, genuine smile; her upbeat pep talks; her unabashed love for all things cute and cuddly; and her unbeatable spirit. On the first day, Betty makes it clear: “You can take my bunny, but you can’t take my spirit!”

Betty is also the first on the show to blog – because like a good nerdy girl, she understands the importance of writing what she believes in, and not just what the fashion advertisers want on their pages.

In other words, Betty is unapologetically awesome.

Lucky for Betty, her particular brand of nerdy awesome is not left alone on the show. The creators of Ugly Betty have also brought to us, in their infinite wisdom and kindness, the His Royal Highness of all Hot Nerds, Henry Grubstick, also known as King of the Geeks and Sexiest Accountant Ever ™,.  While Betty’s relationship with Henry from Season 2 didn’t last, he returned last week to give us a final glimpse of his adorable stammering smile, glasses perched on his nose, spewing his random facts (swoon), reminding us of golden moments such as these.

So let’s raise a glass to the nerdy writer crew of this unapologetically awesome show, and revisit some of our favourite moments for Henry and Betty.

Henry Grubstick is precisely the person you would roll over next to and whisper, “Talk Nerdy to Me, Lover.” 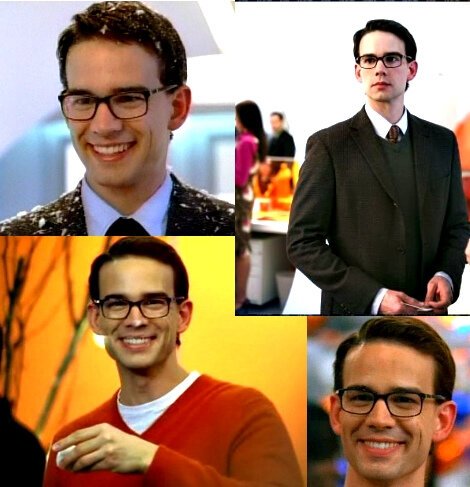 Betty: “That’s it! Who put the bunny in the toilet? This is not funny! Who thinks this is funny? [people raise their hands] Oh, really? Well, whoever is doing this, if you think you can break me that easily, you’re wrong! You can take my bunny, but you can’t take my spirit!“

Henry: “I drank milk first to coat my stomach. To Betty explaining his drunken state.“

Henry: “Betty my grandparents had horses. I never got near them cause I’m allergic but I used to watch them out the window all of the time.” (Un why he should ride the mechanical horse instead of Betty.)﻿

Express your sadness with fellow nerd Rishe on Twitter: @Rishegee 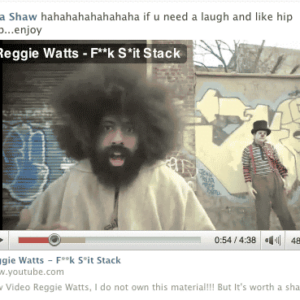